Researchers at Caltech (California Institute of Technology) have revealed their self-healing microchip that also has the ability to monitor its own status. If the chip is damaged, it reconfigures itself with the help of a secondary chip in order to come up with new ways to continue performing its tasks. 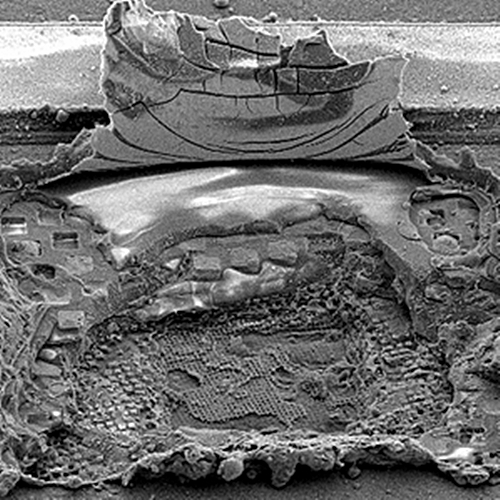 It is likely images of Terminator 2′s T-1000 will come to mind; however, the microchip doesn't generate new physical parts to patch up its damages. Besides the presence of a secondary chip, the main microchip also contains 100,000 transistors, as well as various sensors in order to monitor its overall health. The Caltech research team tested the self-healing capabilities of the chip by blasting it with a laser, damaging around half of its transistors. The microchip only took a few milliseconds to recover from its initial loss and continue its processing tasks.

In another test, the team found that the microchip was able to reduce its power consumption by up to 50 per cent less than an ordinary circuit after reconfiguring itself for maximum efficiency. The team did point out if the secondary chip was also damaged, the main unit would be unable to recover its normal function. The microchip can be applied to any normal circuit and would be able to withstand the kind of damage that it would naturally receive, such as wear and tear from age, or a slight knock due to the device being dropped. It may be in the near future as we witness the application of these self-healing chips with status monitoring capabilities in embedded systems that can self-repair.

Our articles may contain affiliate links. If you buy through these links, we may earn a small commission.
Previous Story
StarHub Makes Reading Social with Booktique
Next Story
Panasonic's Newest Camcorders Come with Wi-Fi Support & Improved Toughness