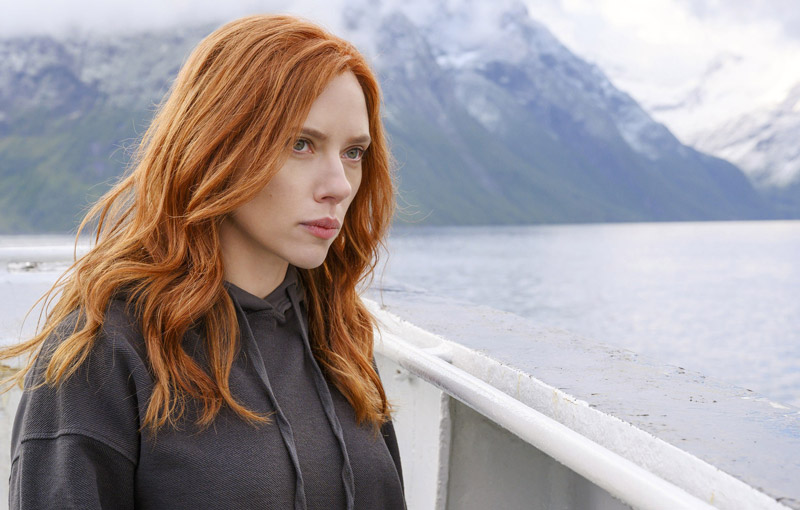 When Black Widow hit Disney+ and theaters on the same day of its premiere on 9 July, audiences had the option of either seeing it in theaters or from the safety of their own home. The movie set a new post-pandemic record at the box office, but that doesn't mean its star Scarlett Johansson is happy with the way Disney has handled its release.

Johansson has filed a lawsuit against Disney, on the grounds that the House of Mouse breached her contract by releasing the movie on Disney+ and in theaters at the same time. She had originally agreed to a theater-only release, due to her contract allowing her additional pay depending on the film’s box office performance. According to her and her lawyers, these bonuses were compromised due to the movie’s Disney+ release.

The suit includes details of representatives for Disney and Johansson communicating, where Disney stated that it would give the star a heads up before their movie’s release plans were changed. Her lawyers state that Johansson was not consulted before Black Widow was announced to hit Disney+ Premiere Access. Her attempts to renegotiate her contract afterwards were ignored.

Disney has hit back at this lawsuit, in a statement that refers to the litigation showing a, “callous disregard,” to the ongoing pandemic and revealing that Johansson has received US$20 million from the film to date. From Deadline, here is a Disney spokesperson’s full statement:

There is no merit whatsoever to this filing. The lawsuit is especially sad and distressing in its callous disregard for the horrific and prolonged global effects of the Covid-19 pandemic. Disney has fully complied with Ms. Johansson’s contract and furthermore, the release of Black Widow on Disney+ with Premier Access has significantly enhanced her ability to earn additional compensation on top of the $20M she has received to date.

Disney rarely goes on the record with an actor’s salary like this, but in this case, it looks like the company’s trying to argue that Johansson has earned enough money from the film already. Johansson’s lawsuit argues that the Disney+ release reduced the amount of potential theatergoers for Black Widow and considering that her compensation was largely, “based on box office receipts,” it should’ve been higher.

There is truth to that. Black Widow had an impressive box office premiere, but those numbers dropped a whopping 68% in just its second weekend. This was likely due to the film becoming available for legal - and illegal - streaming on release day. Disney is set to release another movie simultaneously on Disney+ and in theaters today: Jungle Cruise. Beyond that, the company seems to be going back to theatrical-only releases for movies like Free Guy and Shang-Chi and the Legend of the Ten Rings.

Warner Bros. Pictures have also been doing simultaneous premieres for their films - via theaters and their streaming service HBO Max. Unlike Disney, these movies become available to all HBO Max users for free immediately - presumably in a bid to aggressively expand its base of subscribers in 2021.

It has already run into issues with this release method. Legendary Entertainment had problems with their co-release of Godzilla Vs. Kong. Christopher Nolan argued that this would harm theaters in the long run. The director of Dune, Denis Villeneuve, expressed disappointment at his movie going to HBO Max too. For as long as these day-and-date simultaneous releases continue, you can bet that the talent involved are going to have a bone to pick with their studios.

Join HWZ's Telegram channel here and catch all the latest tech news!
Our articles may contain affiliate links. If you buy through these links, we may earn a small commission.
Previous Story
Marvel Studios' Hawkeye series will hit Disney+ in November
Next Story
Certis robots land at PLQ to provide a safer and better shopping experience