Sapphire is supporting the release of the latest hot driving game - Dirt3 from Codemasters - with the introduction of two Special Edition graphics cards bundled with a coupon to download the full game - FREE. During the launch period, the game coupon will also be bundled with a number of other SAPPHIRE cards in the HD 6000 series – look out for promotions! 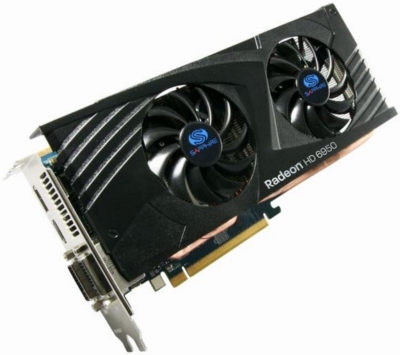 The SAPPHIRE HD 6950 Dirt3 Special Edition is a new SAPPHIRE original model with a special cooler using a new Twin Turbo fan configuration. Based on the latest high end AMD GPU architecture, it boasts true DX 11 capability and the powerful configuration of 1408 stream processors and 88 texture processing units. With its clock speed of 800MHz for the core and 2GB of the latest GDDR5 memory running at 1250Mhz (5 Gb/sec effective), this model speeds through even the most demanding applications for a smooth and detail packed experience.

A Dual BIOS feature allows enthusiasts to experiment with alternative BIOS settings and performance can be further enhanced with the SAPPHIRE overclocking tool, TriXX, available as a free download from http://www.sapphiretech.com/ssc/TriXX/ 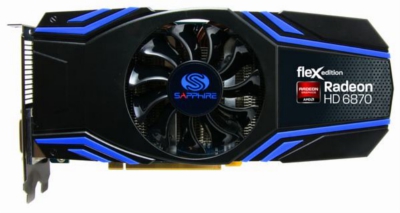 The second special edition is the SAPPHIRE HD 6870 FleX Dirt3 Special Edition. Most graphics cards based on AMD technology require the third monitor in an Eyefinity set-up to be a DisplayPort monitor, or connected with an active DisplayPort Adapter. The SAPPHIRE FleX family can support three DVI monitors in Eyefinity mode and deliver a true SLS (Single Large Surface) display area without the need for costly active adapters. The first two monitors are connected to the two DVI ports and the third to an HDMI to DVI cable (supplied) with no extra hardware required.

The SAPPHIRE HD 6870 FleX Dirt3 Special Edition features AMD’s second generation DX11 architecture including the latest core technology for streaming 3D content. It has 1120 Stream processors and 1GB of the latest GDDR5 memory, which together with clock speeds of 900MHz core and 1050MHz (4.2GHz effective) for the memory, make it a great performer for most applications and a great way to get Dirt3 running across three monitors for a really immersive gaming experience for a modest outlay! Its efficient cooler with three 8mm heatpipes and sealed dust resisting bearings keep the card cool yet running quietly even under load.

All products in the SAPPHIRE HD 6000 series deliver on-board hardware video decoding with the AMD UVD (universal Video Decoder) – now in its third generation and including support for MVC and decoding Blu-Ray 3D for stereoscopic 3D over HDMI 1.4a.

The SAPPHIRE HD 6000 series is fully DirectX 11 and Windows 7 compatible and also supports AMD’s APP Acceleration for applications such as video transcoding and rendering tasks by executing instructions on the GPU architecture rather than the system CPU. The series is supported by AMD's Catalyst DirectX 11 WHQL certified graphics driver which enables all of the key DirectX 11 level features including DirectCompute 11 instructions, hardware Tessellation and multi-threaded communications with the system CPU.

Join HWZ's Telegram channel here and catch all the latest tech news!
Our articles may contain affiliate links. If you buy through these links, we may earn a small commission.
Previous Story
M1 Apologises for Network Glitch
Next Story
Square's New iPad App Set to Challenge Traditional Cash Registers