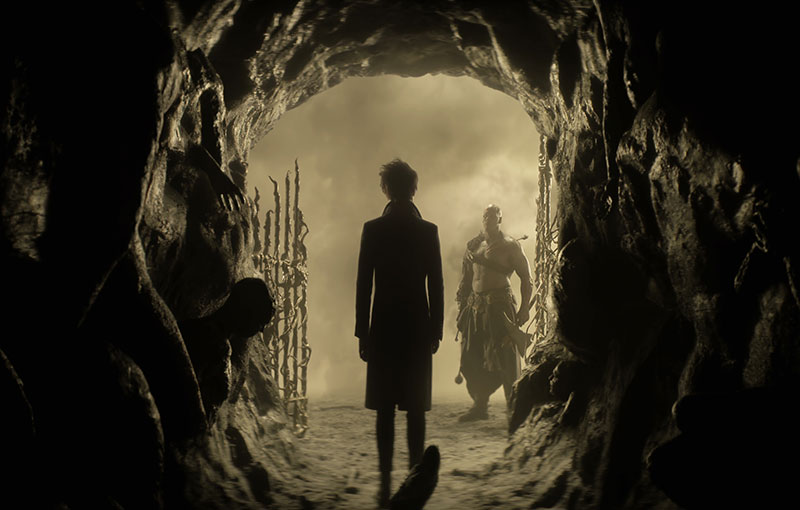 More than 30 years after it was first published in 1989, The Sandman is finally getting a live action adaptation.

The series premieres on Netflix on August 5, starring Tom Sturridge as the Master of Dreams himself. The award-winning DC comic books were arguably the biggest DC comics property that still had not been adapted — and the new series marks a groundbreaking moment for fans.

"For well over 30 years, my part in Sandman adaptations was just to try and stop bad ones from happening," said creator Neil Gaiman in conversations with the team behind the Netflix series.

"Longer format, novelistic television series now have the special effects and budgets to bring this world to life. Technologically, I really think we're in a place right now where we're getting to make Sandman in a way that we could not have dreamed of making even 15 years ago, even 10 years ago."

The trailer offers a first glimpse of the wondrous existence where the Sandman shapes and controls all our dreams. But when he is unexpectedly captured and held prisoner for over a century, he must journey across different worlds and timelines to fix the chaos his absence has caused.

To restore order, he must journey across different worlds and timelines to mend the mistakes he’s made during his vast existence, revisiting old friends and foes, and meeting new entities — both cosmic and human — along the way.

Join HWZ's Telegram channel here and catch all the latest tech news!
Our articles may contain affiliate links. If you buy through these links, we may earn a small commission.
Previous Story
Mythic Quest is returning for a third season on Apple TV+ this fall
Next Story
Samsung has a new colour option for the Galaxy S22