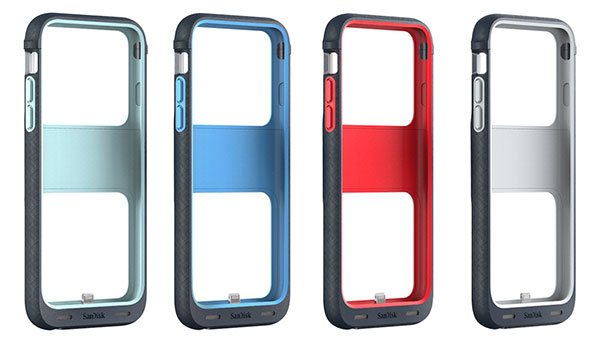 Why does Apple still sell a 16GB iPhone in 2016? That’s probably one of the biggest mysteries in tech today. In any case, SanDisk apparently wants to help out with the iXpand Memory Case, an iPhone case with a whopping 128GB of built-in flash storage. So yes, you’ll be able to expand your iPhone storage by simply slapping this case on.

The case interfaces with the phone via the Lightning port, so you would feasibly be able to buy a 16GB iPhone and still have enough storage to work with. However, you’ll need to install the SanDisk iXpand Memory Case companion app on your phone in order to access data stored on the case. You can also use the app to set the case to automatically backup photos and videos from your camera roll, and move password-protected content from the case to your Mac or PC.

As a bonus, there’s even an optional 1,900mAh battery pack that can be attached to the case for an additional US$40.

Unfortunately, model support is a bit limited now, and the iXpand Memory Case only works with the iPhone 6 and 6s.

Join HWZ's Telegram channel here and catch all the latest tech news!
Our articles may contain affiliate links. If you buy through these links, we may earn a small commission.
Previous Story
Kaspersky Lab seeks crowd-funding for their new USB charge-only adapter
Next Story
Apple will stop making Thunderbolt Displays, get yours now if you want one