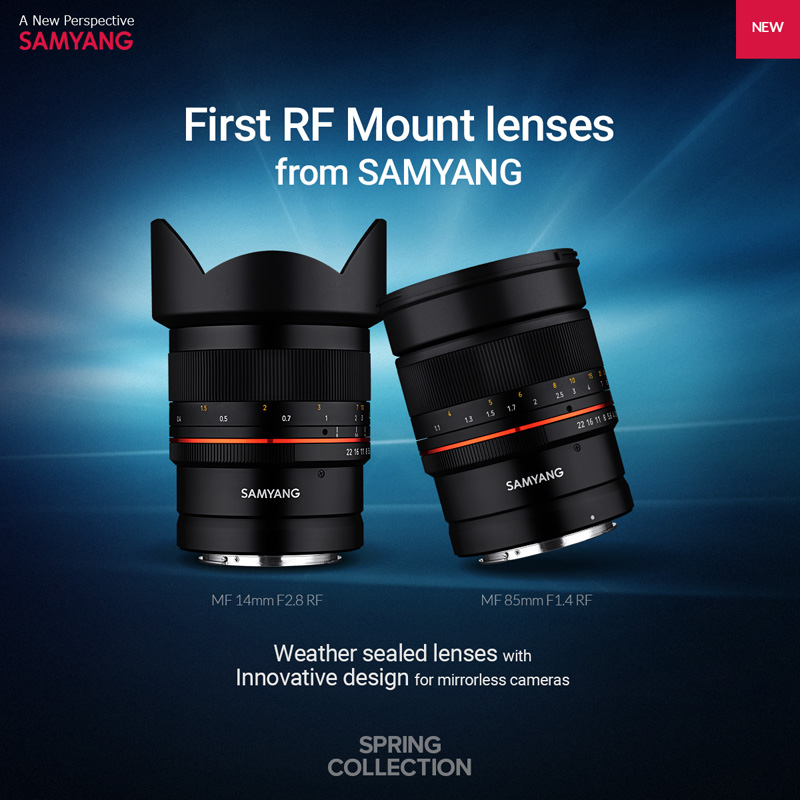 Samyang has just released two RF mount lenses for the EOS R and EOS RP – the MF 14mm F2.8 RF & MF 85mm F1.4 RF. Both are manual focus lenses that build on existing lenses in Samyang’s line-up, so existing users will probably be familiar with the quality offered.

The MF 14mm F2.8 RF adopts a manual focus system that’s said to be easy to adjust even at the widest aperture. It gives a wide 115.7 degree field of view and has a minimum focus distance of 0.28m. It weighs 800g and measures 120.1mm long, making it a fairly compact lens to bring along. With a constant wide aperture of f/2.8 as well as weather sealing for light rain and snow, this lens should be quite the versatile performer.

Meanwhile, the MF 85mm f/1.4 has a total of 9 elements in 7 groups, with a H-ASP lens to minimize aberrations while maximizing corner to corner image quality and contrast. “Ultra-multi-coating” has also been applied for low reflectivity, thus minimizing flare and ghost effects. This is also weather-sealed against light rain and snow. It weighs 730g and is 98.7mm long.

Both lenses were on display at CP+ 2019, and are said to be available for sale soon. Price has not been announced, but we’ll update this piece as soon as we get any news.