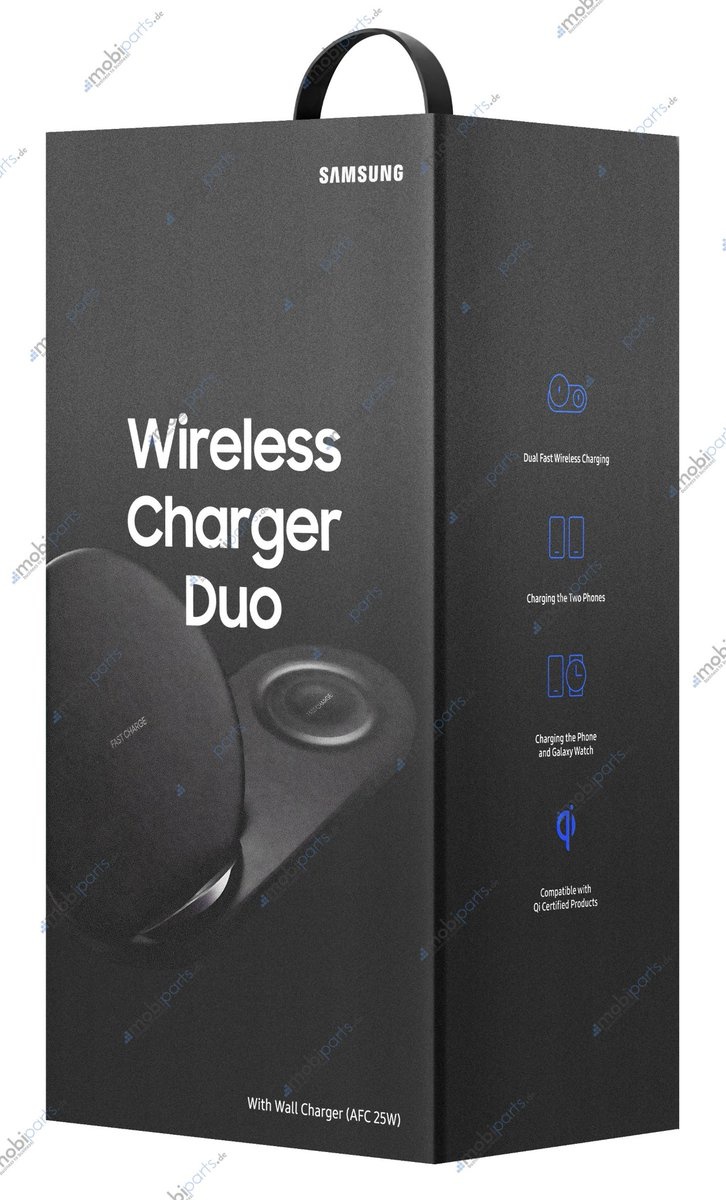 Samsung could be launching a new wireless charger alongside the Galaxy Note9 and Galaxy Watch.

The Wireless Charger Duo is likely to be Samsung's take on the Apple's AirPower wireless charging pad. The latter can charge up to three devices simultaneously, but it has not been released since the sneak preview in September 2017.

Ice Universe previously claimed that Samsung would unveil a faster wireless charger and he should be referring to the Wireless Charger Duo. Samsung is expected to announce the Galaxy Note9 on 9 August while the Galaxy Watch should be unveiled at IFA 2018.

Join HWZ's Telegram channel here and catch all the latest tech news!
Our articles may contain affiliate links. If you buy through these links, we may earn a small commission.
Previous Story
Galaxy S4 Tab firmware reveals possible features of the new S Pen
Next Story
Xiaomi offers the Mi Max 3 with a massive screen and battery for less than S$350