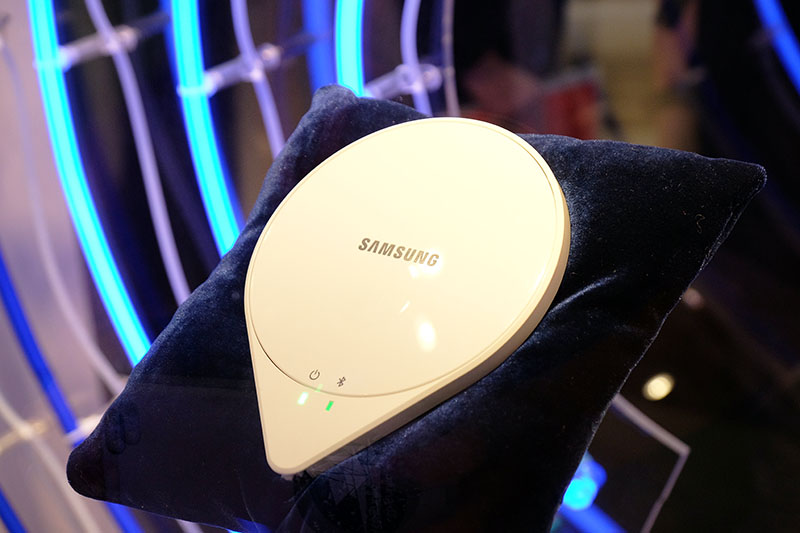 Samsung wants you to sleep better and be more informed about how you're sleeping. That's the idea behind its latest IoT device, announced today at IFA 2015, the SleepSense tracker.

Unlike most sleep trackers, which require you to wear a band around your wrist at night (a deal breaker for many people), the SleepSense is a disk-like object about the size of a CD (in fact, it looks a bit like a CD player) that you slip under your mattress.

It will then monitor your heart rate, breathing and movement during sleep with a claimed 97 percent accuracy. That information is transmitted to a smartphone app, which gives you an "individual sleep score" based on seven factors, including total sleep time, the number of times you awoke and the percentage of REM sleep. 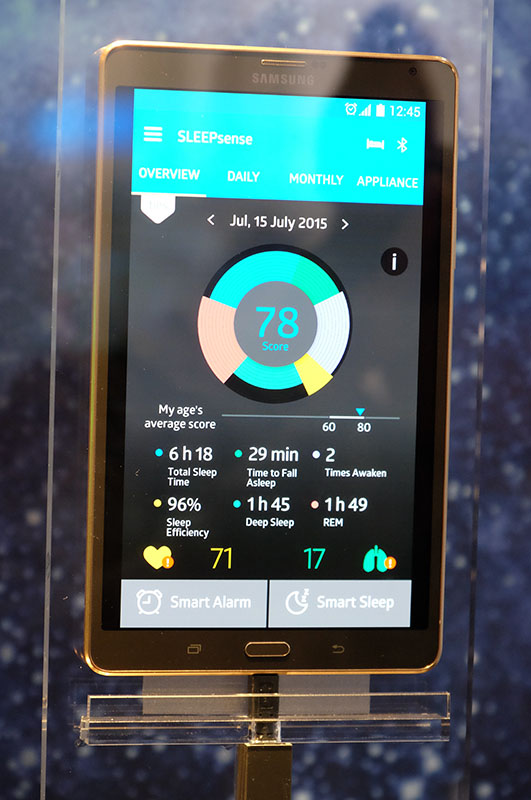 If you discover that your sleep score isn't the best, the app will dispense advice, provided by Harvard Medical School Professor, Dr. Christos Mantzoros, on how to improve it by changing nutrition, exercise and other factors.

SleepSense will also work with Samsung's SmartThings IoT home automation system. When it detects that you've fallen asleep, it can turn off your bedroom lights or the TV or lower the air conditioning automatically.

The SleepSense will be launching in Korea later this year. Unfortunately no price has been announced yet.

Join HWZ's Telegram channel here and catch all the latest tech news!
Our articles may contain affiliate links. If you buy through these links, we may earn a small commission.
Previous Story
Samsung's SmartThings Kit is everything you need to setup a Connected Smart Home
Next Story
WhatsApp now has 900 million monthly users, up from 800 million in April