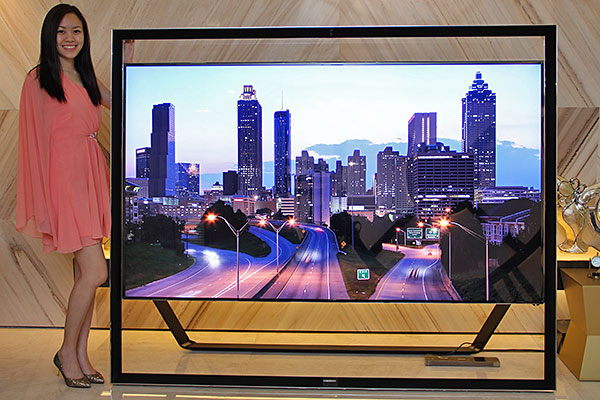 First seen at CES earlier this year, and then again in April when Samsung showcased its 2013 Smart TV lineup, the Korean company’s 85-inch S9 ultra-HD TV (UHDTV) has now gone on sale in Singapore. For those who don’t know, this is Samsung’s first 85-inch UHDTV, and it comes with a 3,840 x 2,160-pixel panel for displaying 4K content, a quad-core processor to do all the heavy lifting, a 1,200 Clear Motion Rate, and the company’s proprietary Micro Dimming Ultimate and Precision Black Pro video processing technologies. It does UHD upscaling for HD and full HD content too, and hides a 120W array speaker (20W x 2 for the stereos, 20W x 2 for the woofers, and 40W for the center channel) in its ultra-slim frame. 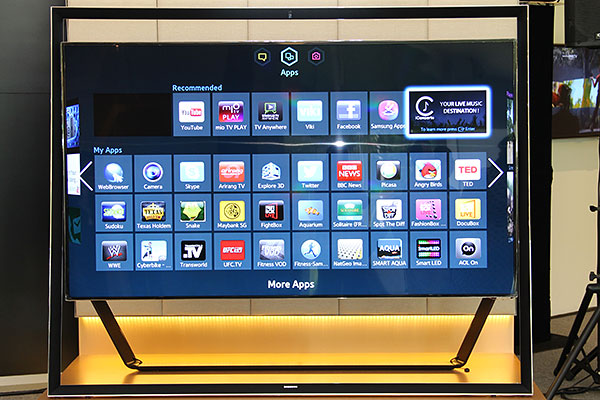 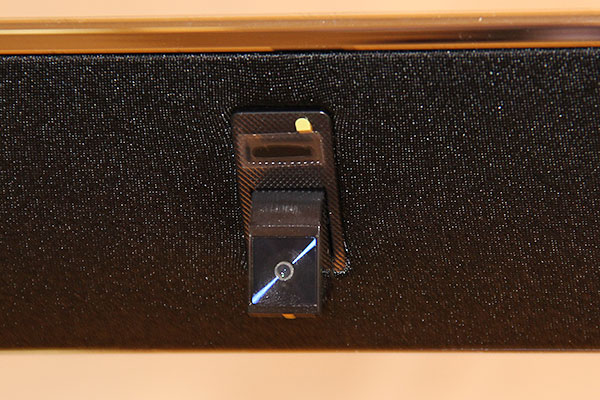 Regarding image quality, the UHDTVs’ 3D HyperReal Engine does a 4-step detail enhancement process. In a nutshell, it’ll first analyze the original source signals before deciding which method to use for the format. This is then followed by noise reduction (for compression noise, film grain noise, dot crawl noise, and what have you), UHD upscaling (if neccessary), and final detail enhancements in specific areas. 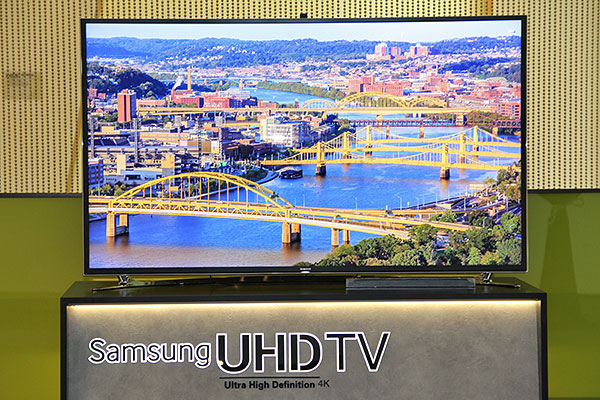 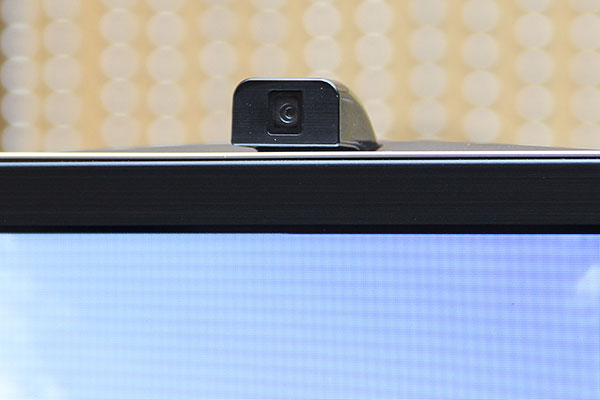 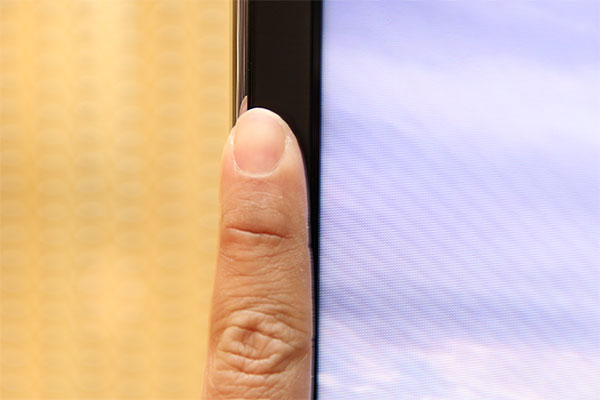 To prolong your investment, the three new UHDTVs all support Samsung’s Evolution Kit, thus allowing for hardware/software upgrades, and ensuring compatibility with future 4K standards. But unlike the current implementation, the Evolution Kit for the UHDTVs doesn't attach to the back of the TVs. Instead, it's built into the One Connect breakout box that these UHDTVs come with. So when you want to upgrade your TV, you get a new One Connect box that has a newer Evolution Kit.

Of course, all the new UHDTVs are Smart TVs as well, to cater to your social, apps, photos/videos/music playback, and Web browsing needs; and they come with Samsung’s own Smart Hub user interface. There’s also a built-in camera, with support for face recognition, motion control, and voice control. Wireless LAN, Wi-Fi Direct, and MHL support are all present. 3D support also comes as standard, and 3D active glasses are bundled with the TV sets (four for the S9, and two for the F9000).

I/O-wise, the three UHDTVs use the same One Connect breakout box, which gives you four HDMI, two USB (there’s one more at the rear of the TV), and one LAN ports; in addition to the standard fare of component, composite, and antenna jacks. 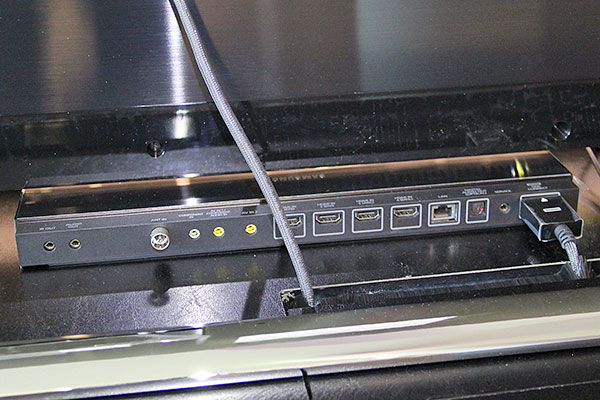 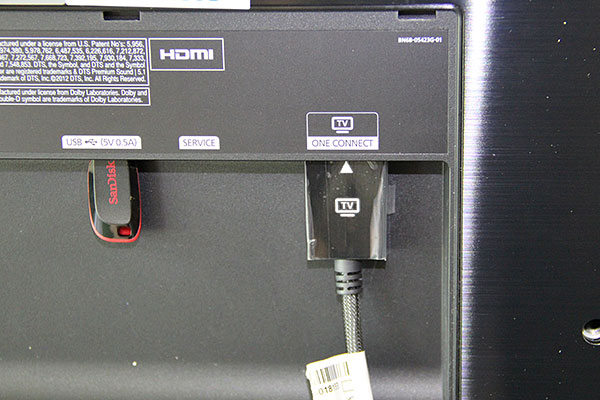