Note: This article was first published on 6 January 2022.

Samsung's Odyssey line of monitors are known for their aggressive curvatures, and the company is doubling down on that calling card at CES 2022. The Odyssey Ark is a curvaceous 55-inch 4K gaming monitor that is Samsung's largest yet, boasting bountiful screen real estate for both gaming and productivity.

The best part is that it can be rotated 90° into a vertical orientation, so it literally swoops and curves above your head. It looks epic, to say the least, although I'm not sure how practical it actually is. You'd also have to constantly crane your head to look at content on the upper half of the screen, so I can't imagine that it's super comfortable. 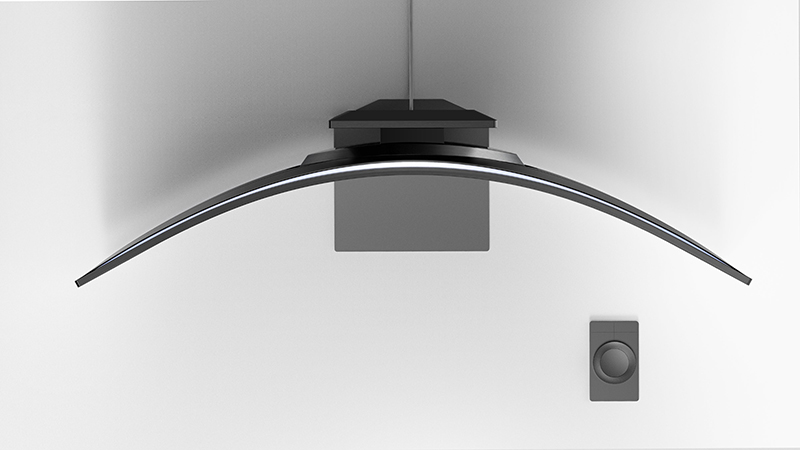 It uses a Quantum Dot Mini LED display, and despite its expansive form, it's actually a 16:9 monitor unlike the 49-inch Odyssey Neo G9. Multiview options also let you adjust the Odyssey Ark to how you want it, with support for adaptable screen sizes to fit the game or program without compromising the 4K display, according to Samsung. It's not immediately clear what this means though, and the monitor isn't expected to go on sale until the second half of 2022, so we'll probably have to wait quite a while to find out more.

Other neat features include a wireless controller with a dedicated wheel for adjusting the monitor's brightness and image quality, and also navigating the on-screen display.

When the Odyssey Ark does go on sale though, you can expect that it'll be incredibly expensive.

Join HWZ's Telegram channel here and catch all the latest tech news!
Our articles may contain affiliate links. If you buy through these links, we may earn a small commission.
Previous Story
LG OLED TVs bring new services as they get bigger and brighter for 2022
Next Story
Intel poaches key M1 Mac engineer from Apple