Samsung's new Galaxy Watch Active is all about fitness

Samsung's new Galaxy Watch Active is all about fitness 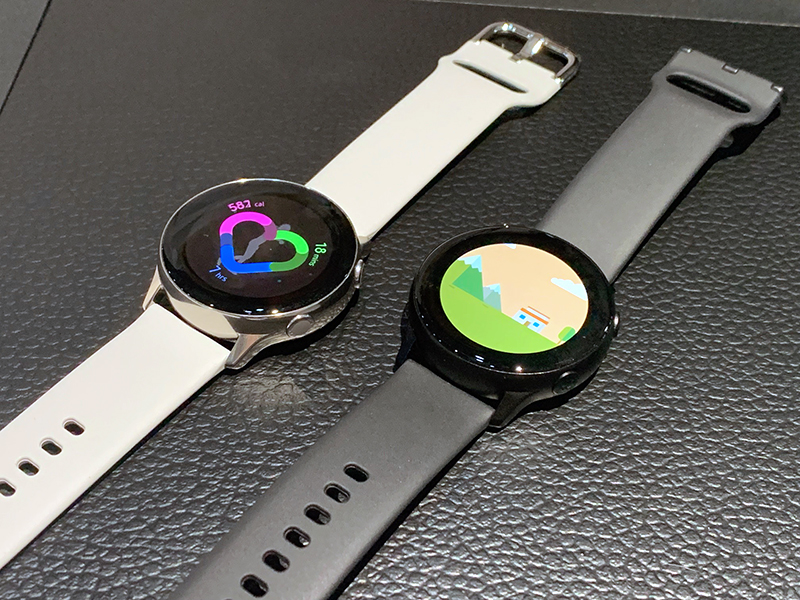 Samsung has announced a new line if wearables targeted at those who care about fitness. At its Galaxy Unpacked event in San Francisco, the company announced the Galaxy Watch Active smartwatch and Galaxy Fit and Fit e sports bands, all of which come with features that put health and fitness at the forefront.

The Galaxy Watch Active is the latest version of Samsung's flagship Galaxy Watch smartwatch, and it can now monitor your blood pressure, a first for a Samsung wearable.  This feature will remain in beta shortly after launch, but you'll be able to download Samsung's My BP Lab App starting 15 March.

The design has also been overhauled, and Samsung has ditched its signature rotating bezel. Instead, the watch now relies on two buttons on the side and a swiping interface for navigation. Unfortunately, even though the watch no longer requires the bezel for anything, the 1.1-inch 360 x 360-pixel Gorilla Glass 3 display is still framed by a fairly thick black border. 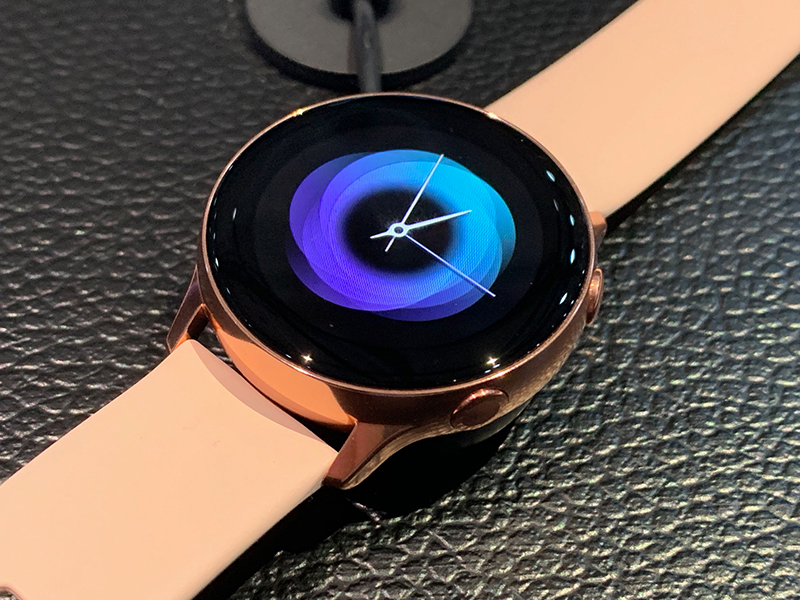 The Active is also thinner than its predecessor, which should make it more comfortable to wear while exercising. Its body is made of aluminum and it also has a slightly less unwieldy footprint than before, featuring a more compact 40mm watch face. You'll be able to get it in one of four colors, including silver, black, rose gold, and sea green.

The watch runs Samsung's own Tizen wearable OS and features an Exynos 9110 dual-core 1.15GHz chip, 768MB of RAM, and 4GB of storage. In addition, it has a 230mAh battery that supports WPC-based wireless charging, including via the new Galaxy S10 phones.

It is capable of tracking and automatically detecting 39 different exercises, including everything from cycling to running and swimming, so you don't need to select them manually. The optical heart rate sensor at the back can also track your heart rate and calories burned.

On the other hand, the Galaxy Fit and Fit e are fitness trackers that run a simplified version of the Tizen OS that Samsung is calling Realtime OS. Like the Watch Active, they support automatic workout detection and have a 5ATM water resistance rating. There's also a sleep tracking feature that lets them monitor different stages of sleep and a stress management feature that reminds people to take a minute to just breathe and relax. 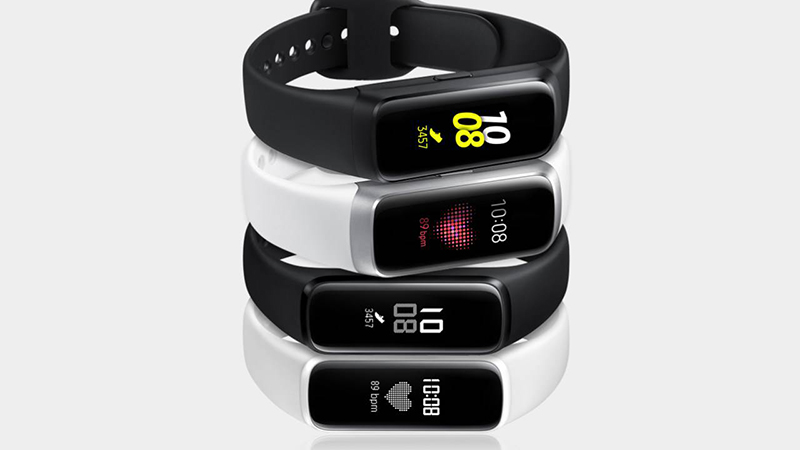 They are also equipped with smaller, rectangular displays. The Fit has a 0.95-inch AMOLED display and has a gyroscope and accelerometer onboard, but there's no built-in GPS. The more affordable Fit e drops some of these features, coming with an even smaller PMOLED black-and-white display, a smaller battery, and no gyroscope. Wireless charging is also only supported on the Fit, and the Fit e charges via pogo pins.

Finally, all of the new wearables are Wi-Fi only, so they'll need to be paired with either an iOS or Android smartphone.

The Galaxy Watch Active will be available for S$368 starting 8 March.

There's no local pricing yet for the Galaxy Fit and Fit e.