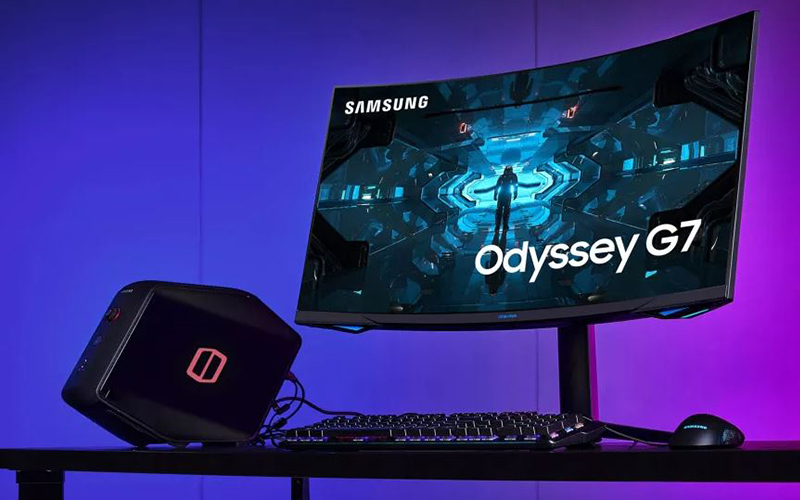 A new firmware update for the Samsung Odyssey G7 gaming monitor appears to have fixed a stuttering issue plaguing certain users since launch. The Odyssey G7 is compatible with variable refresh rate technologies from both AMD and NVIDIA, with support for both AMD FreeSync Premium Pro and NVIDIA G-Sync (more specifically, it is listed as G-Sync Compatible), but some users and reviewers have reported flickering issues when VRR is enabled.

I own the 32-inch Odyssey G7 and have experienced this flickering myself, particularly at loading screens, and it was only solved when VRR was turned off. That's a pretty huge bummer, since VRR is supposed to enable a smoother and more fluid gaming experience free from artefacts like tearing or stuttering. While I've yet to test out the latest firmware update for myself, some users are already reporting that the new firmware update has fixed the issue.

The new firmware, version 1009.3, introduces a new option in the Settings called VRR Control that when enabled, appears to resolve the flickering. However, others are also saying that with the new option, there is now tearing below the VRR range. That said, while Samsung hasn't provided any official update notes that confirm an official fix, it's looking good so far with multiple users saying that they no longer experience flickering with the update.

If you'd like to try out the firmware for yourself, it is now available to download here.

Join HWZ's Telegram channel here and catch all the latest tech news!
Our articles may contain affiliate links. If you buy through these links, we may earn a small commission.
Previous Story
Apple renews coach Ted Lasso’s contract for a third season
Next Story
The Aorus GeForce RTX 3080 Xtreme WaterForce WB is ready for your custom liquid cooling loop