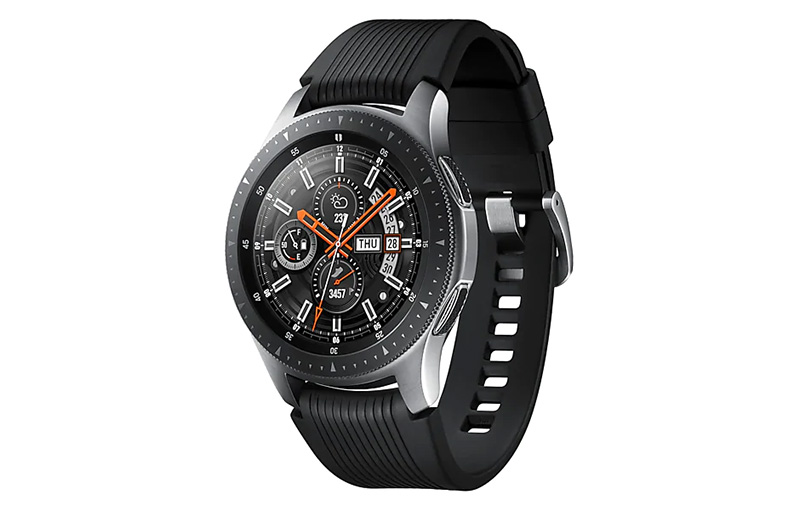 After gaining certification from relevant authorities such as the U.S. FCC, Korea’s NRRA, Thailand's NBTC and China’s MIIT, Samsung's next Galaxy Watch has now made its way to the company’s Korea support website (h/t MySmartPrice), suggesting that Samsung is now in the final lap of prepping for the smartwatch’s launch.

The two case sizes and their material (stainless steel) aside, little is known officially about the Galaxy Watch 3. However, current rumours peg the watch to use Corning’s Gorilla Glass XD cover glass and has a robust build that meets the 5ATM water resistance and MIL-STD 810G spec. Sleep tracking, heart rate monitoring and wireless charging are all expected to be onboard as well.

According to SamMobile, the Galaxy Watch 3 or Galaxy Watch (2020) will also sport 8GB internal storage and have a more premium variant using a titanium case. The physical rotating dial that was on Galaxy Watches before the current Active versions is also said to be making a comeback.

It’s unclear if Samsung will announce the new Galaxy Watch on Aug 5, the date the company is rumoured to unveil the Galaxy Note 20, Galaxy Fold 2 and Galaxy Z Flip 5G. Either way, it’s going to be a busy next two months for Samsung — other than the new phones and watch, the company is also expected to announce a new Galaxy Buds (Buds X?) and a Galaxy Tab S7 tablet at some point.

Join HWZ's Telegram channel here and catch all the latest tech news!
Our articles may contain affiliate links. If you buy through these links, we may earn a small commission.
Previous Story
Lenovo's ThinkSmart View is a standalone display designed for Microsoft Teams
Next Story
Microsoft’s Your Phone app will soon be able to extract text from images