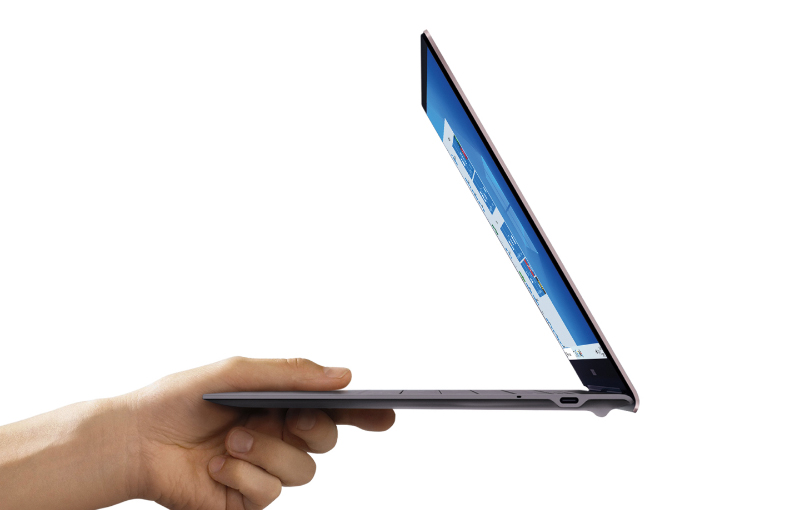 Lakefield is best thought of as Intel's response to ARM and it was designed to power ultrathin and ultralight notebooks.

It has a hybrid configuration that consists of one big "Sunny Cove" core and four small "Tremont" cores.

The idea is that the big core will handle heavier workloads while less demanding ones will be taken care of by the less powerful but more efficient small cores.

The Samsung Galaxy Book S will be powered by a Core i5 version of the Lakefield processor – specifically the Core i5L16G7.

It will come with 8GB of memory and 256GB SSD. Storage can be expanded by way of microSD card and the Galaxy Book S will support cards of up to 2TB.

The Galaxy Book S has an aluminium chassis and will feature a 13.3-inch Full-HD display. Weight is just 950g while thickness is a scant 11.7mm.

Battery capacity is 42Wh and claimed battery life is up to 17 hours of video playback.

While this all sounds very tempting, there's actually a handful of sub-1kg ultraportables available right now that are powered by full-fat Core processors.

The Acer Swift 5 and LG gram 14 are both under 1kg and are powered by Core i7 versions of Intel's latest 10th generation processors. The gram 14 even has a longer claimed battery life of 18.5 hours.

Join HWZ's Telegram channel here and catch all the latest tech news!
Our articles may contain affiliate links. If you buy through these links, we may earn a small commission.
Previous Story
OnePlus Nord will come with Google Messages and Phone apps
Next Story
NASA's astronauts will return in SpaceX's Crew Dragon capsule on 2 August