Samsung's Frame and Serif lifestyle TVs are now in Singapore

Samsung's Frame and Serif lifestyle TVs are now in Singapore 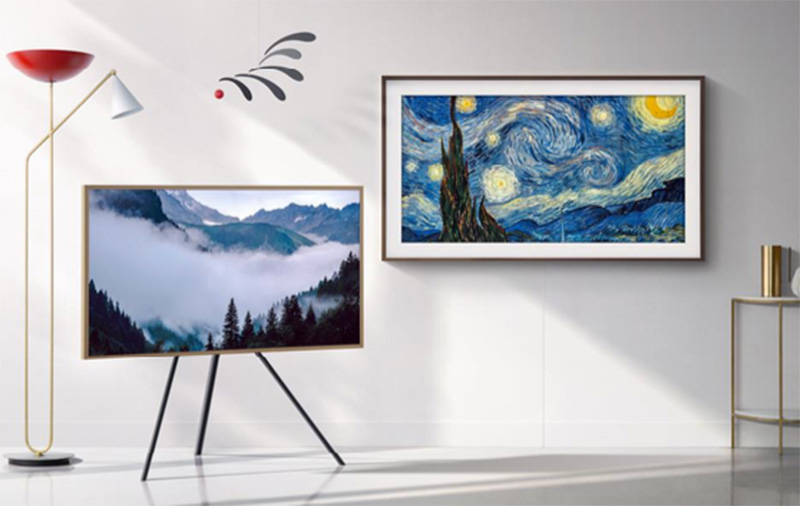 In addition to The Sero, Samsung has also just launched two other lifestyle TVs in Singapore: ‘The Frame’ and ‘The Serif’.

The 2020 Frame and Serif are QLED 4K TVs with pretty much the same features: 100% colour volume, 40W speakers (2.2-ch on Frame, 4-ch on Serif), Active Voice Amplifier, Bixby and Google Assistant support, and four HDMI ports (with one being eARC). Like what we saw last year, what sets them (including the Sero) apart is their design.

The Frame is designed to look like a framed art when it’s turned off. Which is why Samsung lets you customise the bezel and frame in a different colour (white, beige or brown) than the standard black it comes in. In terms of set up, you can mount the Frame flush to the wall with the included proprietary mount but you can also put it on the easel-like Studio Stand that’s sold separately.

The Frame is also the only of the three lifestyle TVs to support Samsung’s One Invisible Connection, which is a single cable that runs from the back of the TV into this breakout box called One Connect Box that your other devices connect to. Basically: instead of trying to hide many cables, this is the only cable you need to deal with.

Then there’s the Samsung Art Store, a S$6.99/month subscription that gives you access to over 1,200 pieces of art by prestigious artists, galleries and museums from all over the world. It’s not a must to subscribe, though — the TV’s Art Mode already comes pre-loaded with 20 pieces of artwork.

If there’s any hardware spec worth highlighting, it’ll be that the Frame uses a dual-LED backlight. This means the TV is able to vary the colour temperature until it finds one that best suits the content — important if it wants to accurately show the colours of different artworks.

The Serif is hard to miss in a room. It has this capital ‘I’ frame that’s so obvious that you either love it or hate it. 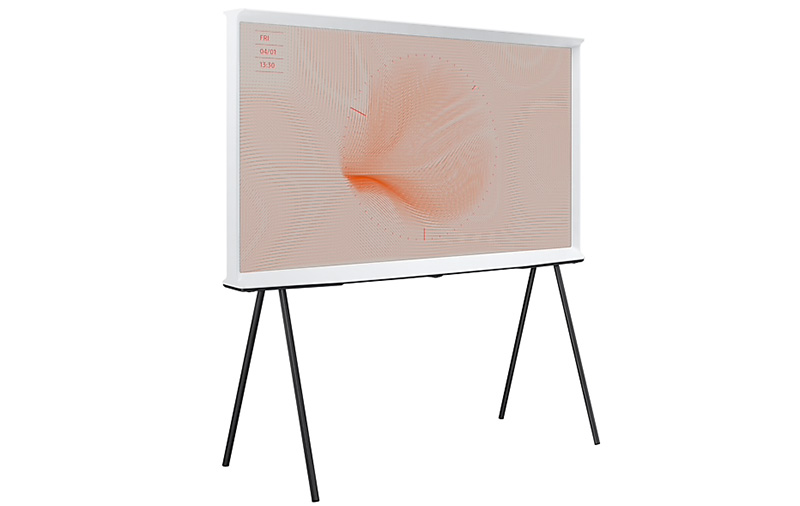 Perched on a metal stand (there’s no way to wall-mount this TV) which legs you can just pop in and out, the Serif is designed to be placed anywhere in the room. I’ve even seen people put books or small potted plants on it because the top frame is like a little ledge. Last year, Samsung only had a 55-inch version; this time, there’s a smaller 43-incher.

Like the Frame and Sero, the Serif supports Tap View, allowing you to mirror video or music that’s playing on your phone onto the big screen simply by tapping the phone on the TV. With NFC, you can also quickly stream music to the TV by placing your phone on top of the TV. For Apple device users, the Serif has built-in AirPlay 2.

The 2020 Frame and Serif TVs are now available through the Samsung Online Store and Commune, as well as at major consumer electronics stores such as Audio House, Best Denki, Courts, Gain City, Harvey Norman, Mega Discount Store, Mustafa and Parisilk through their respective online stores. You’ll find the TV in retail stores after the circuit breaker measures are lifted.

Here are their prices:

Note: these are suggested retail prices; street and online prices are likely to be lower. Also, Samsung is currently giving one free set of customisable bezel with every purchase of the Frame TV.

Join HWZ's Telegram channel here and catch all the latest tech news!
Our articles may contain affiliate links. If you buy through these links, we may earn a small commission.
Previous Story
These new MSI slim gaming desktops are now available for purchase
Next Story
iOS 13.5 could make it faster for users to log in to their iPhones with their masks on (Updated!)