This is Samsung's foldable smartphone

This is Samsung's foldable smartphone 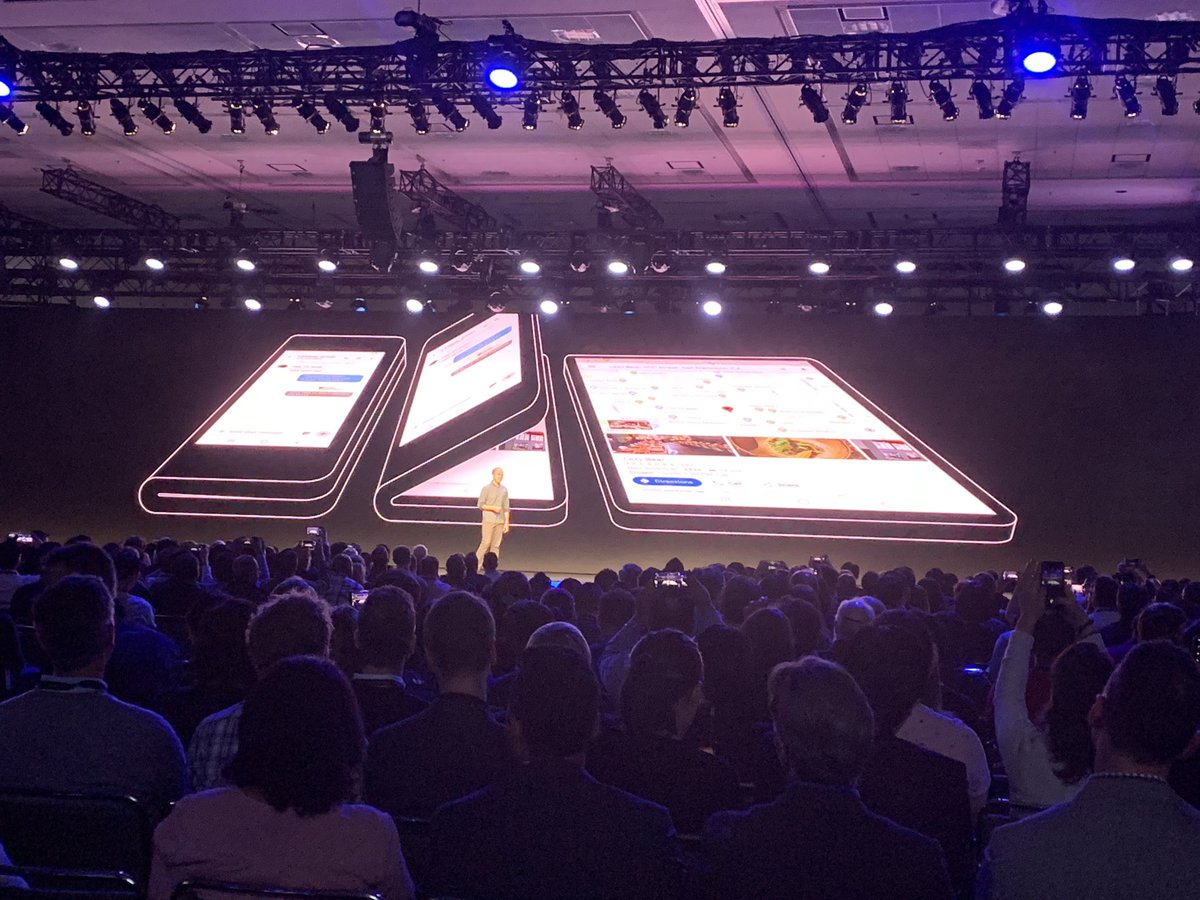 Rumors of Samsung's foldable smartphone have been around for years now but the company finally unveiled it for the first time today at its annual developer conference.

Samsung calls its foldable phone technology Infinity Flex Display, and showed a device with a 7.3-inch screen that can be folded in half to fit in a pocket. Once folded, there's a display on the 'cover' of the device that acts as a regular smartphone display.

Up to three apps will be able to run simultaneously on the 7.3-inch inner display, something Samsung calls multi active window. There will be seamless continuity between the cover display and the inner display. Simply open the device and the content you were looking at will transfer to the inner display. 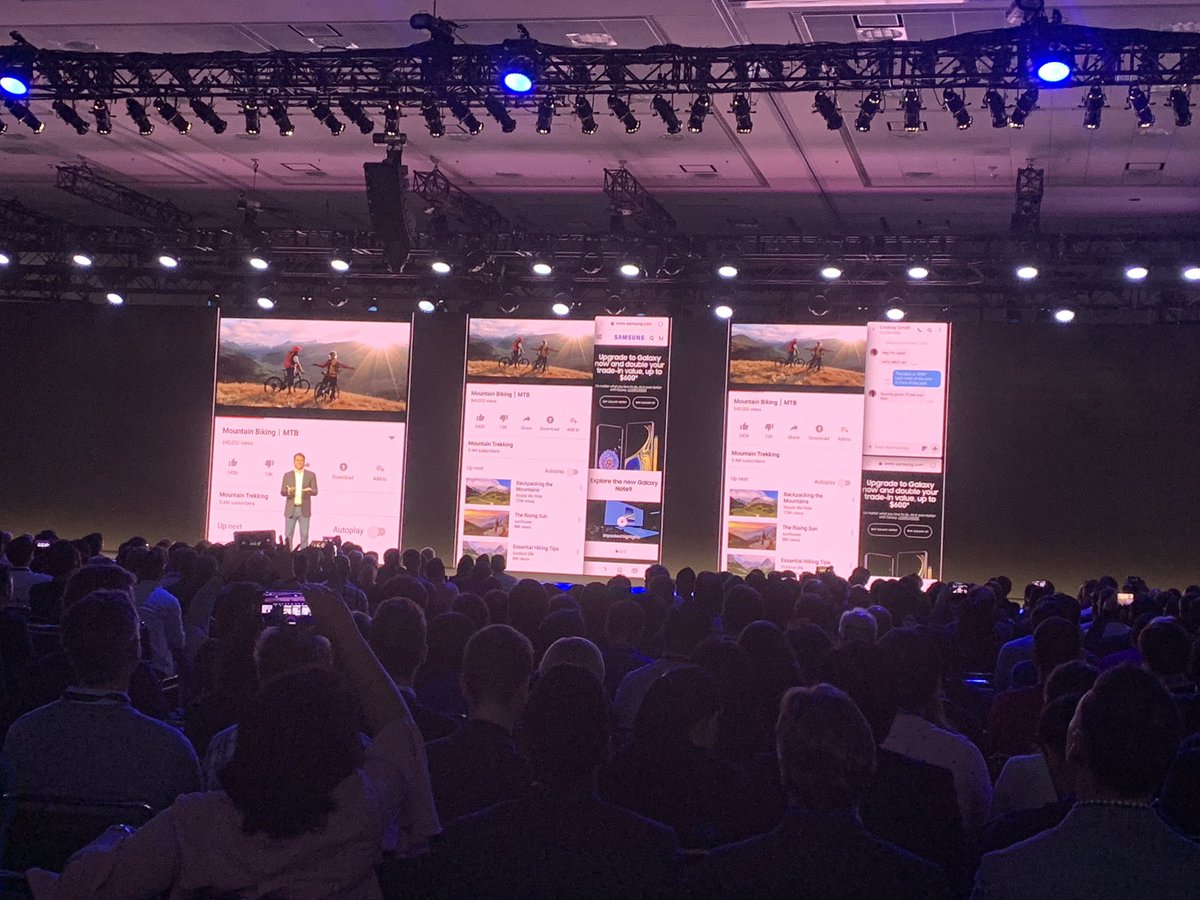 Not much else is known about the device, but Justin Denison, Senior Vice President of Mobile Product Marketing said that mass production of the Infinity Flex Display will begin in a “matter of months.”

As for what the rest of the device looks like, unfortunately Samsung dimmed the lights to protect the design elements of the phone but Denison did tease, “There’s a device inside here, and it is stunning.”

Interestingly, this folding device isn't the only folding display smartphone form factor Samsung is working on. Samsung also teased a rollable AMOLED display and a stretchable one. 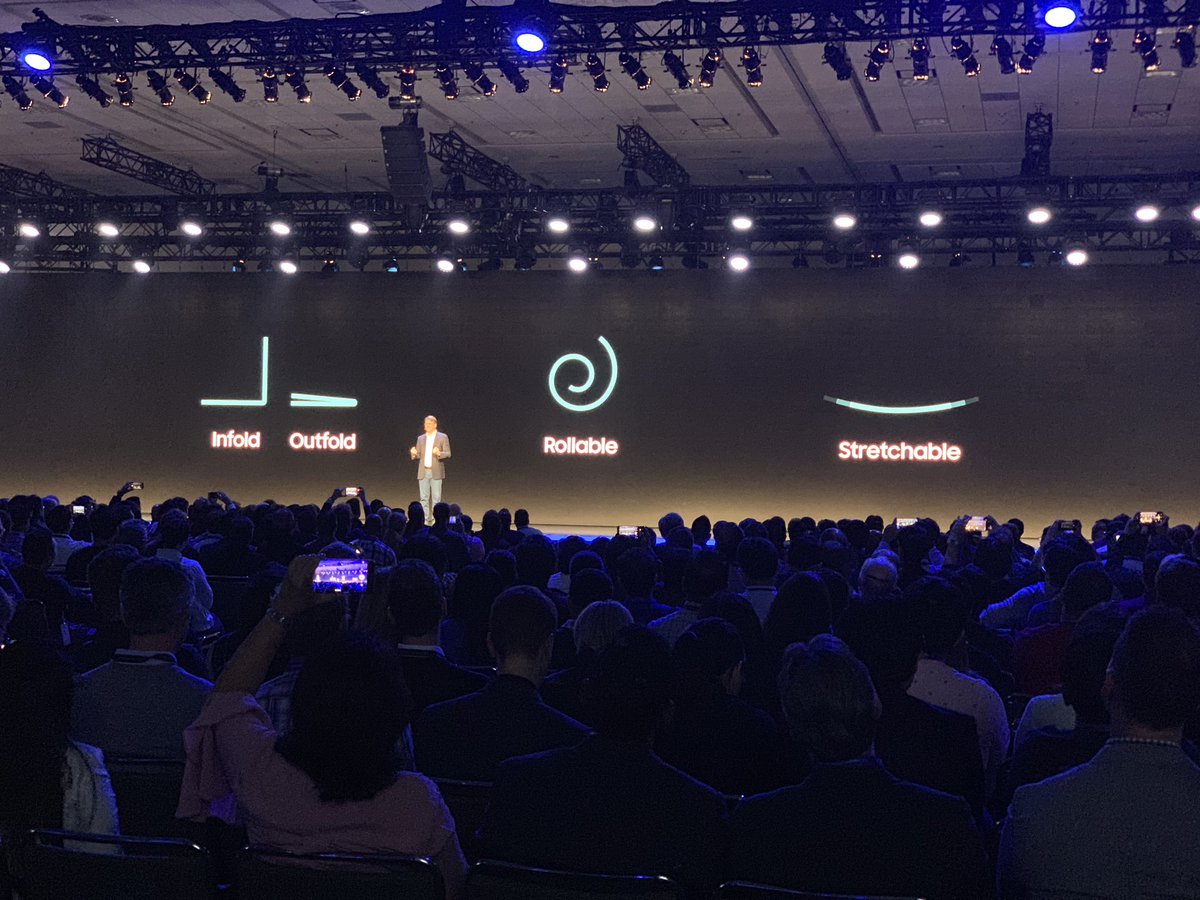 "Infinity U, V, and O" displays were also mentioned but not elaborated on, however the icons for these displays seem to indicate a notch at the top. 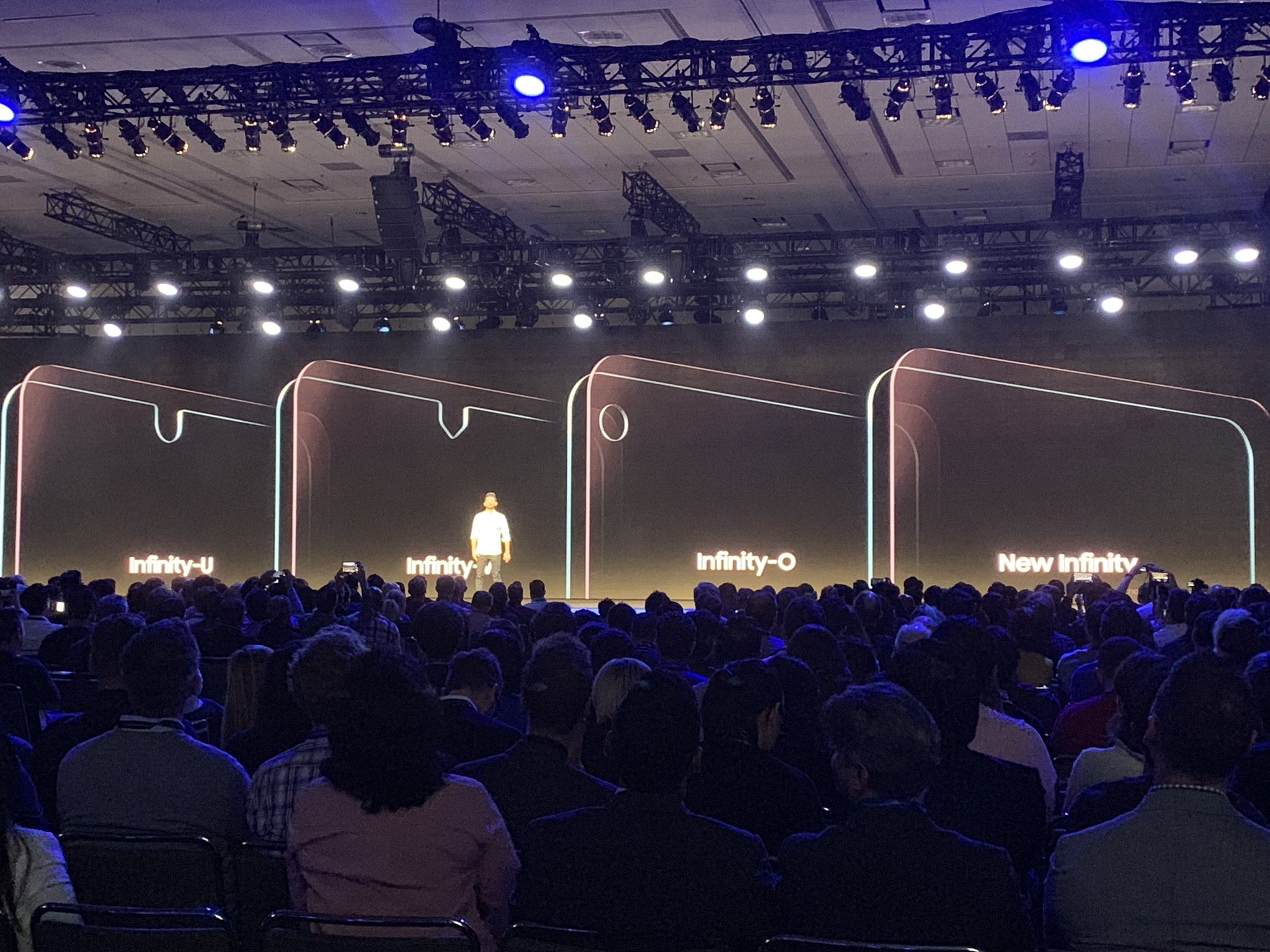 Join HWZ's Telegram channel here and catch all the latest tech news!
Our articles may contain affiliate links. If you buy through these links, we may earn a small commission.
Previous Story
The ASUS ROG Strix GL10CS is an affordable gaming desktop for the masses
Next Story
Samsung's new One UI is designed to make large phones easier to use one-handed