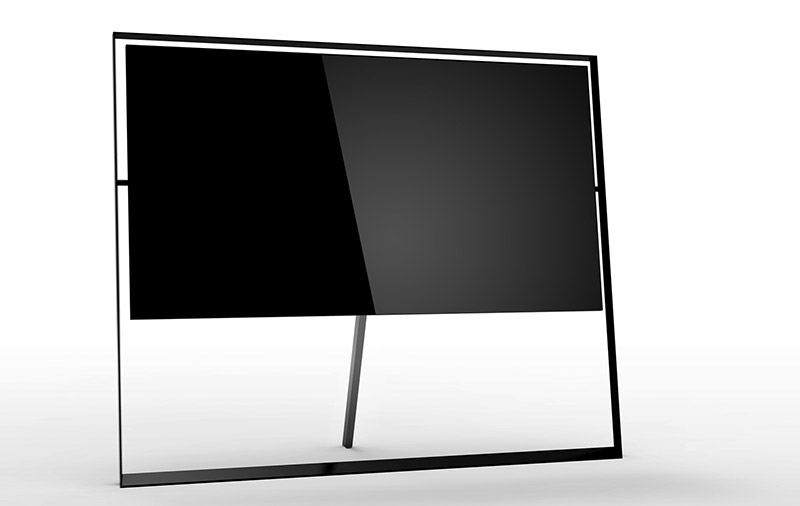 Alongside the 146-inch The Wall microLED TV, Samsung has today also unveiled the Q9S, an 8K QLED TV with an “8K AI technology”. In a nutshell: this AI tech uses machine learning to analyze content and then automatically upscale them to 8K quality images.

To work its magic, the Q9S - available in 85 and 75-inch screen sizes - comes equipped with a database that already possesses info from studying millions of images. So when a it’s fed with a low-res source, the TV is able to select the optimal filter to upscale it. The image is also processed 64 times seemingly to reduce banding/posterization effects that resulted from the upscaling. The AI will also consider different parts of the scene when it’s doing its detail enhancement, noise reduction, and edge restoration work. 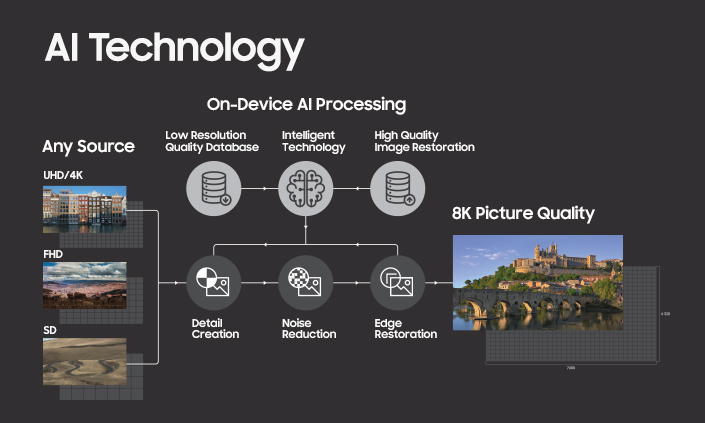 The AI technology also optimizes TV audio for specific scenes without any user input. Samsung gave an example of a football game, where the cheering of the spectators is amplified to recreate the excitement of the match. Or, if viewing a concert, the low-frequency sounds are highlighted to deliver a richer sound.

According to AVForums, other specs of the Q9S include a direct LED backlight with over 10,000 local dimming zones, a peak brightness of 4,000 nits, full DCI-P3 coverage, HDR10+ and HLG support, and a low 15ms input lag for gaming. And despite using HDMI 2.0, the TV is capable of eARC (enhanced audio return channel) and VRR (variable refresh rate). Like Samsung's other 2018 QLED TVs, we can also expect Bixby and SmartThings IoT integrations.

The Q9S 8K QLED TV will ship in the second half of 2018. Pricing isn’t available at the moment.