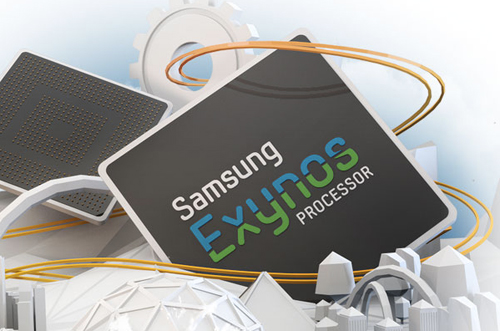 Update: Sources close to the matter have talked to The Verge, confirming that the global version of the Samsung Galaxy S II successor that's slated for a May 3rd announcement will be using a quad-core processor. However, the unnamed source points out that there could be slight differences in the chipset used for certain regions, in a bid to provide LTE support for those particular countries.

In an interview with the Korea Times, a Samsung executive who requested not to be named mentioned that the company's upcoming Samsung Galaxy S III will be powered by an updated Exynos chip with a quad-core processor and a long term evolution (LTE) chip integrated within the system-on-chip.

This isn't surprising, given how we've seen a bevy of quad-core smartphones making its debut at Mobile World Congress 2012. All except for Samsung which chose not to unveil its third Galaxy S smartphone at the annual event.

Instead, the Korean chaebol is planning to go all out at its own launch even, with various reports pointing at a March to April launch, with the units hitting shelves sometime in May. While all that is conjecture at this point in time, the latest news surrounding an integrated LTE chip on the new Exynos processor will be closely monitored.

For one, LTE is the next cellular standard that provides faster download speeds than the current HSPA+ speeds at 21Mbps. On top of that, the new Exynos chipset is built using a 32nm technology which promises better performance quality and power efficiency. According to Samsung, the new chipsets will provide an improvement of 26% in performance over the current generation Exynos chipset, on top of having its battery improved by half. With the LTE chip integrated within the SoC processor, it is expected that these integrated processors will further improve the battery mileage.

Nonetheless, there is the issue of the LTE frequency bands used by the Galaxy S III. With each country overhauling or adding LTE support to its network on a wide range of spectrums, there's a chance that you might not get LTE speeds on the Galaxy S III in your region. Case in point - Apple's new iPad was touted with LTE speeds of 73Mbps, but its frequency band did not match those that are used by telcos in Singapore.