Samsung's Bixby 2.0 is coming to TVs and fridges

Samsung's Bixby 2.0 is coming to TVs and fridges 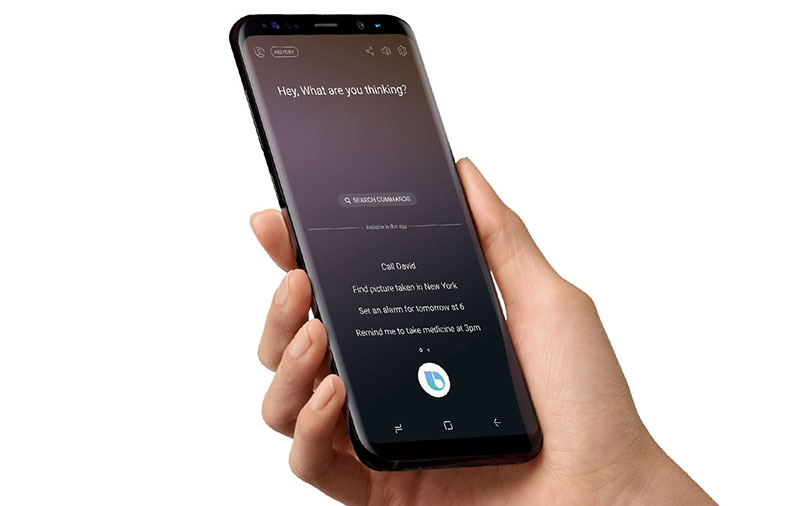 Samsung has today announced Bixby 2.0, a little over half a year after first unveiling the voice assistant for the Galaxy S8. Touted to be a “fundamental leap forward for digital assistants and represents another important milestone to transform our digital lives”, Samsung’s goal for Bixby 2.0 is clear: to take on Amazon’s Alexa and Google’s Assistant in the smart home arena.

Bixby 2.0 will be ubiquitous, available on any and all devices. This means having the intelligence of Bixby, powered by the cloud, act as the control hub of your device ecosystem, including mobile phones, TVs, refrigerators, home speakers, or any other connected technology you can imagine. Soon, developers will be able to put their services on any and all devices and will not have to reinvent their services each time they support a new device.

It will be more personal, with enhanced natural language capabilities for more natural commands and complex processing, so it can really get to know and understand not only who you are, but who members of your family are, and tailor its response and actions appropriately.

It’s not clear at the moment how Bixby 2.0 will be different from Bixby 1.0, implementation-wise. For instance, Bixby is currently split into different versions, called Voice, Home, and Vision. The Voice feature seems to be making the most progress, as it’s now expanded to more than 200 countries.

Bixby 2.0 will be an open platform, and Samsung has announced a private beta program with Bixby SDK, which will be available for select developers for now.

While Samsung is taking on Google in the voice assistant space, the Korean company is also collaborating with the Mountain View company on the augmented reality front. At its Developer Conference today, Samsung has announced that it’s adopting Google’s ARCore platform for the Galaxy S8+, Note 8, and upcoming devices.

Join HWZ's Telegram channel here and catch all the latest tech news!
Our articles may contain affiliate links. If you buy through these links, we may earn a small commission.
Previous Story
Adobe announces new Lightroom CC and Classic CC, and it’s complicated
Next Story
HTC might unveil two new U11 smartphone models on 2 Nov