Samsung's best display — The Wall Luxury — is now in Singapore, and I can't afford it

Samsung's best display — The Wall Luxury — is now in Singapore, and I can't afford it 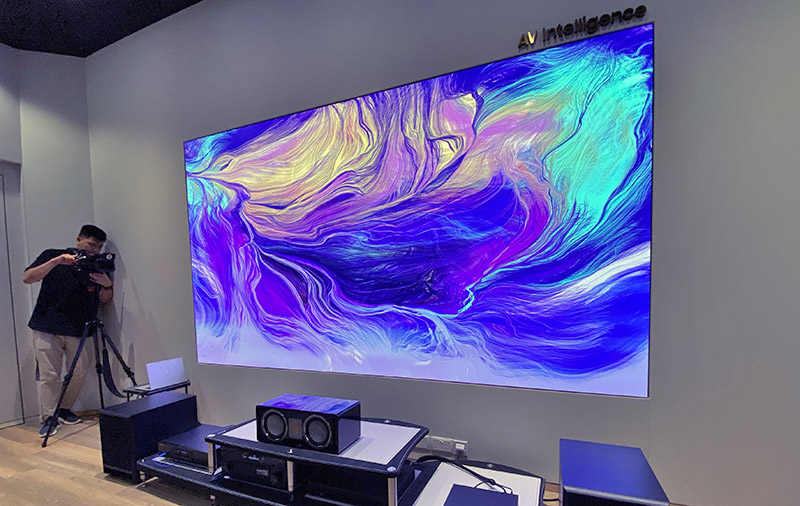 Samsung has just launched The Wall Luxury, a large-format modular display made up of micro-LED panels, in Singapore. Available elsewhere since July this year, this marks the first launch of The Wall Luxury in Southeast Asia and Oceania.

The Wall Luxury is the souped-up version of The Wall that Samsung showed off at CES earlier this year. Targeting residential spaces of the very rich, The Wall Luxury can go from 73 inches in 2K resolution all the way to 292 inches in 8K.

The secret sauce behind The Wall (Luxury or not) is Samsung’s micro-LED panels, which can clip together to form a display of nearly any size and aspect ratio.

Like OLED, micro-LED’s LEDs can turn on or off individually without needing a backlight or filter — which means unlike conventional LED TVs, it’s possible to get true blacks when the picture has black areas. To reduce glare and lock down those deep blacks, Samsung has also devised a special Black Seal panel treatment for The Wall. Due to the narrower wavelength of each sub-pixel, Samsung says The Wall offers higher colour purity (two times better) than conventional LED TVs.

The Wall actually comes in two different models: IW008J and IW008R. The IW008J is for businesses who want to use The Wall as a smart signage, while the IW008R, which is The Wall Luxury launched today, is for luxury residences.

This distinction is important. While both models support HDR (and the HDR10+ format), it’s only on the IW008R that you get Samsung’s Quantum Processor Flex, which uses machine learning to upscale content to the best resolution for the screen size. The Wall Luxury also has a peak brightness of 2,000 nits and supports 100 or 120Hz video rate.

The Wall Luxury also has two display modes: Entertainment Mode and Ambient Mode. Entertainment Mode is where you do all the usual TV stuff — from watching live TV and movies to playing games and accessing the smart TV services and apps such as Netflix, YouTube and Apple TV. It can be voice-controlled via Bixby and will integrate nicely with Samsung’s SmartThings IoT ecosystem.

On the other hand, Ambient Mode is for when you aren’t actively using the TV. Like the Ambient Mode on Samsung’s QLED TVs, this turns the screen into something that’s not a giant black canvas hanging on the wall. For instance, you can have it act like a photo frame and display world famous paintings, or you can load a digital wallpaper to make the screen blend in with the actual wallpaper behind it. Samsung says The Wall’s self-emitting diodes have a lifespan of 100,000 hours, or about 11.4 years if you were to leave the TV turned on 24/7. 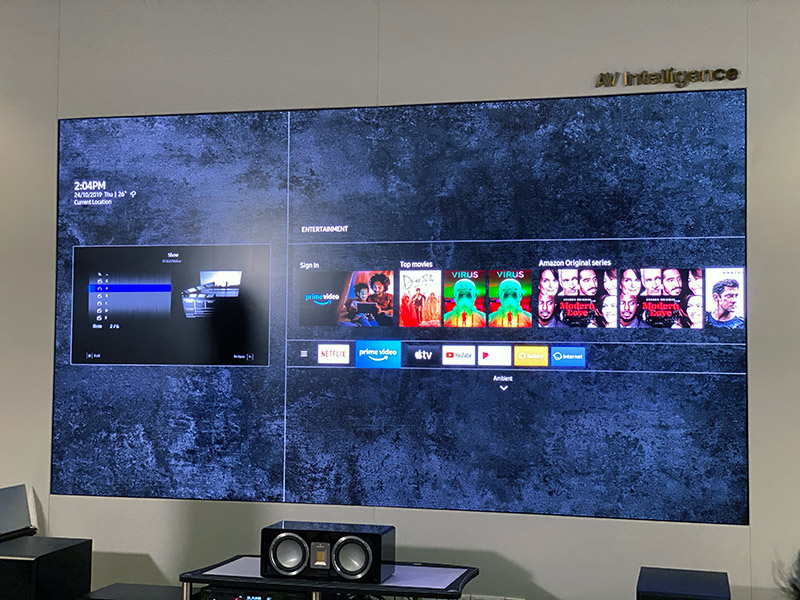 Those who can afford The Wall Luxury are likely to be into other aspects of a luxury home entertainment system, such as high-end audiophile speakers and home automation. To that end, The Wall Luxury is supposed to play nice with Harman Luxury Audio and Steinway Lyngdorf’s audio solutions; Control4, Crestron and Savant’s home automation solutions; and Domotz, Ihiji and OrvC’s remote monitoring solutions.

Finally: accessories. Because of The Wall’s bezel-less design, the only place you can add a personal touch to is the frame of the display, which is about 30mm wide. The default is the Décor Frame, which has this metallic finish that I think will go well in most spaces — but if you don’t dig it, it’s possible to change its colour or texture for a fee.

If you’re interested to buy The Wall Luxury, you can visit AV Intelligence at Millenia Walk. And oh, the 4K installation at AV Intelligence has a screen size of 146 inches (made up of 16 micro-LED panels) and that already costs S$500,000.

Join HWZ's Telegram channel here and catch all the latest tech news!
Our articles may contain affiliate links. If you buy through these links, we may earn a small commission.
Previous Story
Apple TV+ estimated to be a $9 billion business by 2025
Next Story
ViewQwest's Vesta Shield is a smart monitoring service for homes and businesses