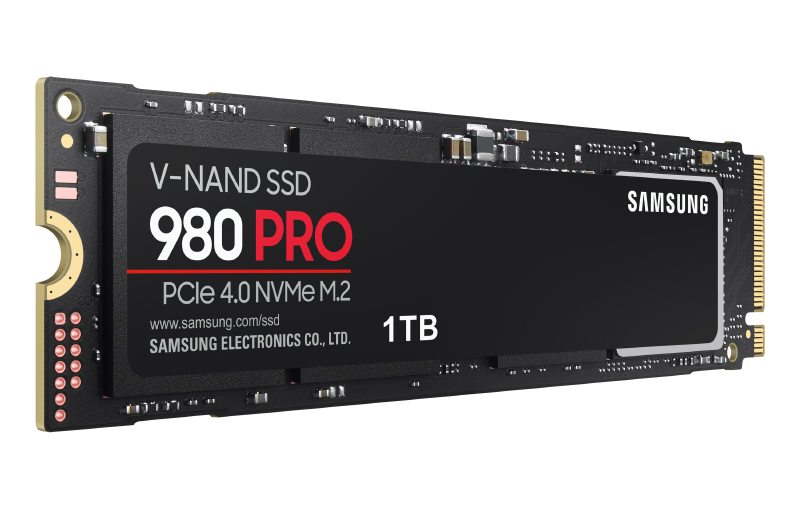 Samsung has a new flagship consumer SSD. This is the new 980 Pro, which was first previewed at CES 2020 earlier this year.

As befits a new flagship, the 980 Pro comes with a brand new controller called Elpis. Also a first for Samsung's Pro line of consumer SSDs is the switch from 2-bit MLC NAND to 3-bit TLC NAND.

To ensure good write performance, the 980 Pro will employ caching technologies where a certain section of the drive will operate in SLC mode.

As you can see in the table below, write performance is attractive when operating in SLC mode. But once the cache is expended, it can dip quite substantially. Still, the cache should be large enough for most users.

Together with support for PCIe 4.0 x4, the 980 Pro can deliver transfer speeds of up to a whopping 7,000MB/s per second.

The 980 Pro will be available in three capacities: 250GB, 500GB, and 1TB. For users with more capacious requirements, a 2TB model will be coming later this year. The drives will come in the M.2 2280 form factor and will have 5-year warranties.

The 980 Pro will be available locally from 1 October 2020 and prices are as follows:

Join HWZ's Telegram channel here and catch all the latest tech news!
Our articles may contain affiliate links. If you buy through these links, we may earn a small commission.
Previous Story
And this is what the Samsung Galaxy S20 FE looks like
Next Story
Razer reveals a new collection of wireless gaming flagships