Samsung working to get G-Sync certification for its QLED TVs

Samsung working to get G-Sync certification for its QLED TVs 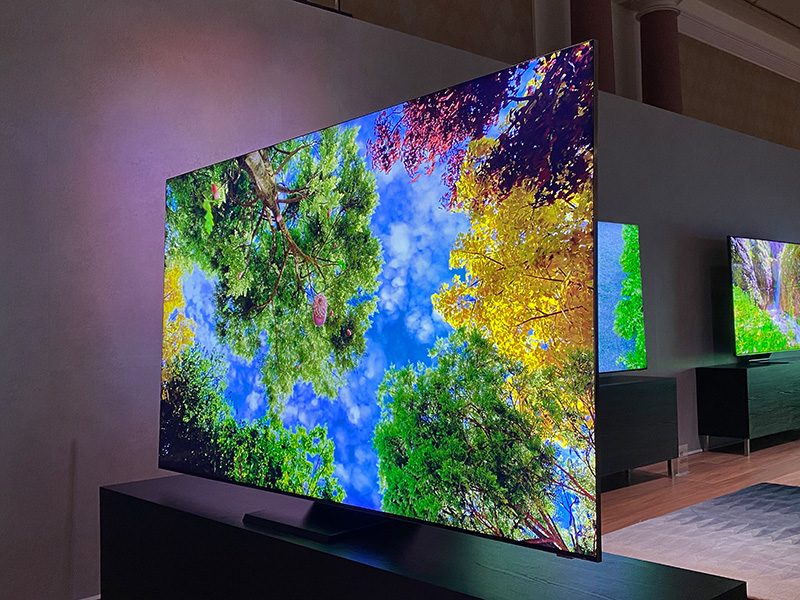 But the elephant in the room is their lack of G-Sync. Yes, they support FreeSync VRR for tear-free gaming with AMD’s graphics cards and consoles like the Xbox One since 2018, but a considerable size of the PC gaming market uses NVIDIA’s cards. For these users, G-Sync is what they really want.

To that end, well, I can’t tell you when Samsung is officially adding G-Sync support to its QLED TVs — but I can at least tell you that Samsung is in the process of obtaining official G-Sync Compatible certification for its TVs. Again, it’s unclear which models are getting it and the release timeline — but yeah, it’s coming.

If I were to speculate, this is roughly what would happen after the TVs have gone though NVIDIA’s validation: Samsung must first release G-Sync Compatible firmware updates for the qualified QLED TVs (likely those with HDMI 2.1).

There may also be a new GeForce Game Ready (Adaptive Sync) driver that you need to install for your GeForce RTX 20 or GeForce GTX 16 series card-equipped PC before G-Sync will work over HDMI. It’s pretty much the same process some 2019 LG OLED TV owners have to go through when their TVs first gained G-Sync support last year.

For what it’s worth, if you were to connect a QLED TV today to your gaming PC, the NVIDIA Control Panel may already say that it’s G-Sync compatible. Don’t take that as a confirmation that G-Sync is working, though. For instance, NVIDIA’s G-Sync Pendulum demo always failed for me, suggesting G-Sync isn’t actually enabled.

Join HWZ's Telegram channel here and catch all the latest tech news!
Our articles may contain affiliate links. If you buy through these links, we may earn a small commission.
Previous Story
Apple could be working on an iPad Air with in-display Touch ID
Next Story
Facebook to challenge Twitch and YouTube by launching mobile gaming app tomorrow