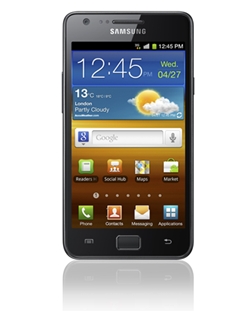 Samsung is working around the European sales ban by upgrading three of its Samsung Galaxy smartphones: the Galaxy S, the Galaxy S II and Galaxy Ace.

According to BGR, Samsung has until October 14th to make changes to these phones so that they will be available to the market. Samsung spokesperson, James Chung, stated that the company has fixed the technological problem and upgraded the phones.

He mentioned that the Galaxy smartphones will be available for sale soon, although the exact launch date isn't confirmed

Apple filed a lawsuit against Samsung in August, seeking an injunction against Samsung's smartphones and tablets in the Netherlands due to patent infringements. A Dutch judge imposed the sales ban after ruling in Apple's favor.

Join HWZ's Telegram channel here and catch all the latest tech news!
Our articles may contain affiliate links. If you buy through these links, we may earn a small commission.
Previous Story
Sony Suffers Another Security Breach, Locks Down User Accounts as a Precaution
Next Story
Sony to Recall 1.6 Million Bravia HDTVs