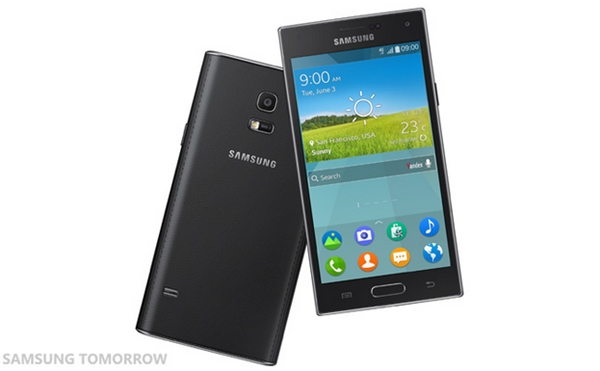 It's been a long time coming; more than two years after announcing that it would merge its Bada OS with the Linux-based Tizen OS, Samsung Electronics today unveiled the world's first Tizen-powered smartphone, the Samsung Z.

Running on Tizen 2.2.1, the Samsung Z is powered by a quad-core 2.3GHz processor and 2GB RAM. Samsung states that the Z has "a faster startup time and immediate multitasking capabilities". It also supports 2D and 3D graphic qualities, smoother scrolling and an improved rendering performance for web browsing.

Like the Galaxy S5, the Z has a built-in fingerprint sensor, a heart rate sensor and the Ultra Power Saving mode. Other specs include a 4.8-inch HD Super AMOLED display, an 8-megapixel rear camera, a 2.1-megapixel front-facing camera, S Health 3.0, Bluetooth 4.0 BLE, NFC, 16GB internal storage, microSD expansion up to 64GB and a 2,600mAh battery. It measures 138.2 x 69.8 x 8.5mm and weighs 136g, which has a similar form factor as the Galaxy S III.

The Samsung Z will be on show at the Tizen Developer Conference, San Francisco from June 3, and comes in two refined colors: black and gold. It will be available in Russia in Q3 and there are plans to bring it to other markets.

Samsung appears to be moving its mobile devices away from the Android platform. It announced three wearable devices - the Gear 2, Gear 2 Neo and Gear Fit - at Mobile World Congress 2014. It has also pushed out a firmware update for the original Galaxy Gear, which saw its Android OS being replaced by Tizen.

Join HWZ's Telegram channel here and catch all the latest tech news!
Our articles may contain affiliate links. If you buy through these links, we may earn a small commission.
Previous Story
ASUS Announces Global Variant of PadFone X, Updates ZenFone 5 and 4
Next Story
Motorola Moto X Available for Pre-Order, Official Launch at PC Show 2014