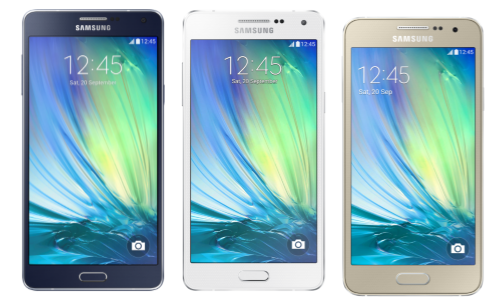 The Galaxy A phones are the first full metal construction smartphones Samsung has released (the Galaxy Alpha had a metal frame, but a plastic rear cover). The full metal design is complemented by diamond cut chamfered edges and very skinny profiles, with the 4.5-inch A3 measuring 6.9mm, the 5-inch A5 measuring 6.7mm and the 5.5-inch A7 a mere 6.3mm. 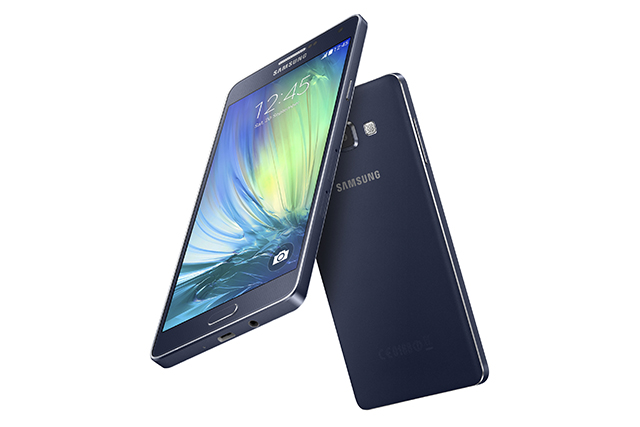 The phones are aimed at younger users with each armed with a front-facing five-megapixel camera, primed for selfies with features like wide selfie, palm selfie, animated GIF, and "beauty face features", which smoothes out a subject's face, enlarges eyes and slims down chubby cheeks.

The A7's 5.5-inch screen boasts a Full HD 1920 x 1080 pixel resolution, while the A5 and A3 settle for 1280 x 720 and 960 x 540 pixel resolutions respectively. However, all three devices boast Samsung's Super AMOLED displays, with great contrast and vivid color reproduction.

Join HWZ's Telegram channel here and catch all the latest tech news!
Our articles may contain affiliate links. If you buy through these links, we may earn a small commission.
Previous Story
Motorola phones from 2014 and 2013 to get Android 5.0 update "really soon"
Next Story
Sennheiser announces launch of in-ear headphones for its Momentum range