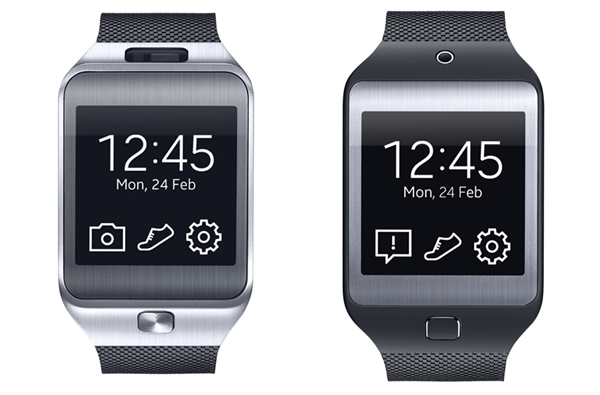 As expected, Samsung today announced its next generation smart watches - the Gear 2 and Gear 2 Neo.

If you've noticed, the Korean company ditched the Galaxy branding for both of these devices. This is because the the Gear 2 and Gear 2 Neo are the first wearable devices to be powered by Tizen OS.

While both smart watches are compatible with a wide variety of Samsung devices, Galaxy smartphones and have access to an enriched app ecosystem, Samsung did not specify why it chose Tizen or whether there is app compatibility between the two generations of smart watches.

The Gear 2 and Gear 2 Neo may look identical in each other, but there are two key differences between them. The Gear 2 comes with a 2-megapixel camera while the Gear 2 Neo does not. Unlike the Galaxy Gear, Samsung shifts the position of the camera from the strap to the main chassis of the watch. Due to the lack of a camera, the Gear 2 Neo is lighter at 55g while the Gear 2 weighs 68g.

Both smart watches sport a 1.63-inch Super AMOLED display (320 x 320 pixels). They are powered by a dual-core 1GHz processor, 512MB RAM and a 300mAh battery. They are also IP67 certified for dust and water resistance.

Keeping the smart watches powered up is a 300mAh battery, which Samsung claims to provide two to three days of typical usage and up to 6 days of low usage. Pricing of the devices are not revealed yet,but the company states that they will be available in global markets from April. Here's a quick overview of the Samsung smart watches against the Sony Smart Watch 2:

Join HWZ's Telegram channel here and catch all the latest tech news!
Our articles may contain affiliate links. If you buy through these links, we may earn a small commission.
Previous Story
EyeVerify's Eye Scanning Technology to Integrate with AirWatch's Secure Content Locker App
Next Story
Android 4.4 KitKat Upgrade for LG G2 Happening in Mid-March