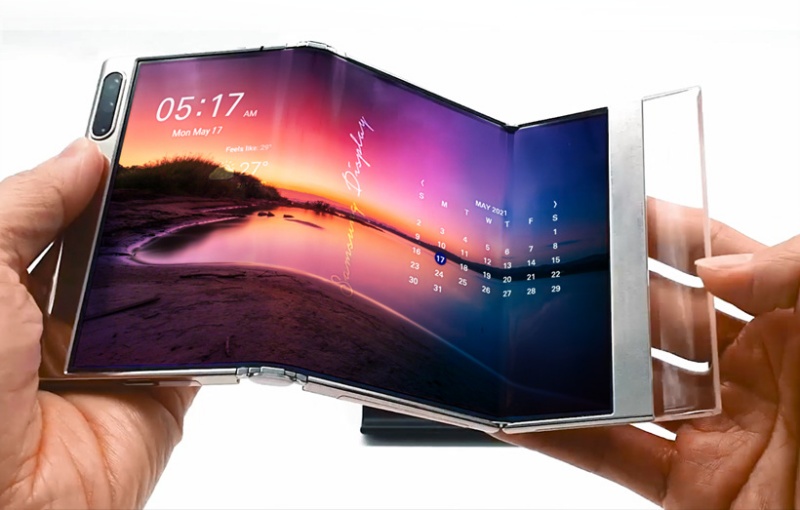 The S-Foldable OLED panel can be folded twice, which allows it to be used like a smartphone when folded or a tablet when unfolded at 7.2-inches. Nikkei Asia reported in March that Samsung is working on a double-folding phone and it could be released as early as the end of this year.

The Slidable OLED panel can be slided out horizontally without requiring any fold. A press of a button can expand the screen by several millimeters for multi-tasking and media consumption. 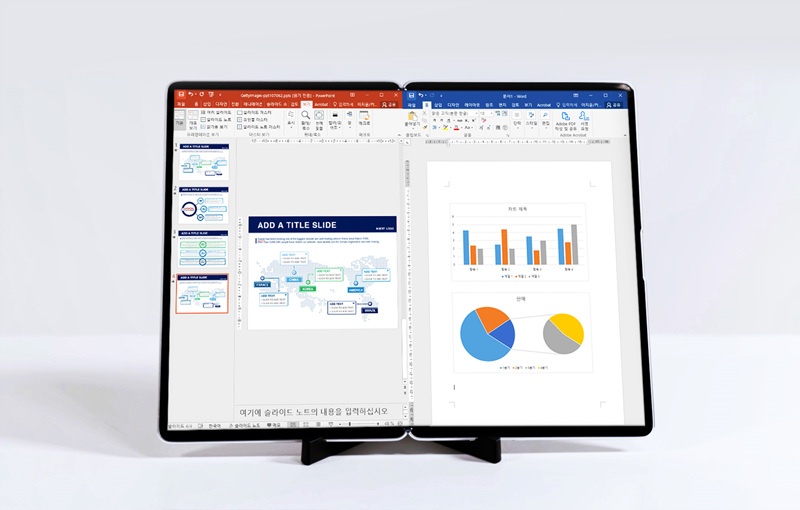 Samsung also showcased a 17-inch foldable display which is somewhat similar to the Microsoft Surface Neo and Lenovo ThinkPad X1 Fold. The size of the foldable display suggests that Samsung may be looking at foldable tablets. GizmoChina claimed last month that Samsung is developing a triple-folding tablet which could launch as early as Q1 2022. 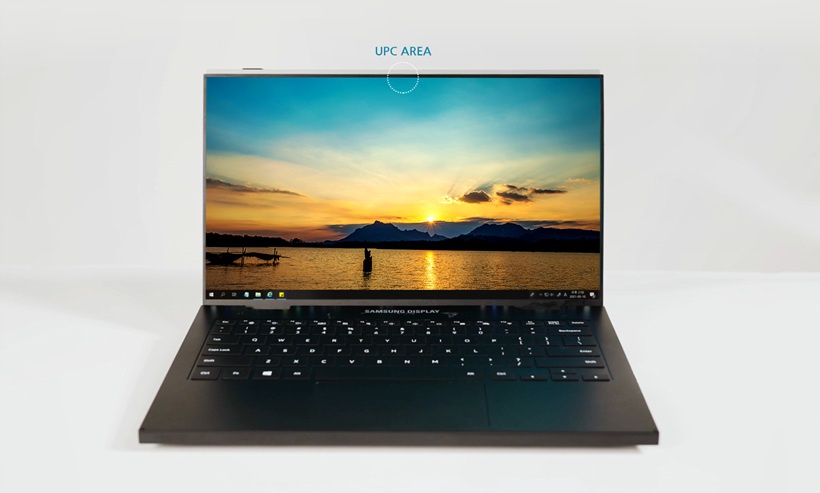 Samsung introduced a display prototype which has the potential to usher in an era of bezel-less laptops. The display panel comes with an integrated front-facing camera and minimum bezels for maximum screen estate.

Back in November 2020, Samsung Display published sketches on its blog showing a device with a tri-folding display and a device with a rollable display. The company confirmed in January 2021 that it is developing rollable and slidable displays this year.

Join HWZ's Telegram channel here and catch all the latest tech news!
Our articles may contain affiliate links. If you buy through these links, we may earn a small commission.
Previous Story
Apple's pricey AirPods Max headphones cannot support lossless Apple Music in its full glory
Next Story
Spatial Audio with Dolby Atmos and Lossless Audio coming to Apple Music in June