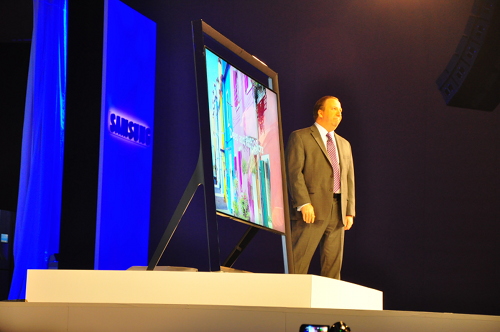 Looking for an UHD TV? Well, there's LG, Sony, Sharp and now there's Samsung. The Korean company has unveiled its first 85-inch S9 UHD TV, which will also come equipped with a quad-core processor. The juggernaut will offer four times the pixels available on existing 1080p resolution as well as ample audio support; 120-watt array speakers have been inconspicuously built into the frame of the television. To further allow users to enjoy the full extent of its visual prowess, the S9 comes with an up-scaling algorithm that converts HD and Full HD content to UHD resolution (otherwise known as 4K resolution, which is 3840 x 2160 pixels). 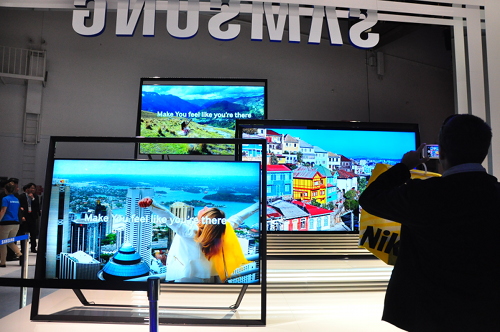 Update: A couple of days after unveiling the 85-inch UN85S9 4K TV, Samsung shows off yet another giant 4K TV - this time, it stands at 110-inch. 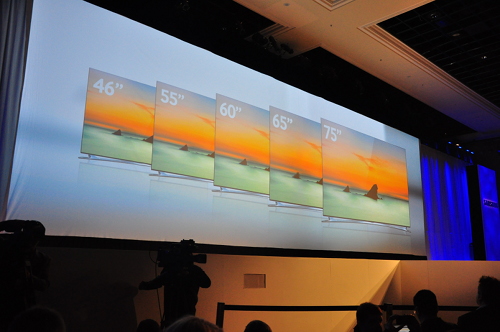 If you are looking for something less extravagant, Samsung has also unveiled its new flagship Samsung Smart TV, the F8000 LED TV, which will be available in 46-inches to 75-inches. Aside thin profiles and bezels, the TVs will also come with quad- core processors. The F8000, S9 and a all new Samsung TVs will feature a revamped Smart Hub as well as new features like S-Recommendation and voice interaction. Before we end this news update, here's a few more photos of the 60-inch F8000 LED TV model that we had the privilege to get up close and personal:- 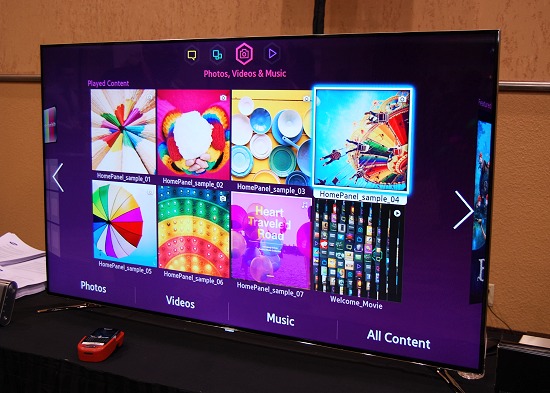 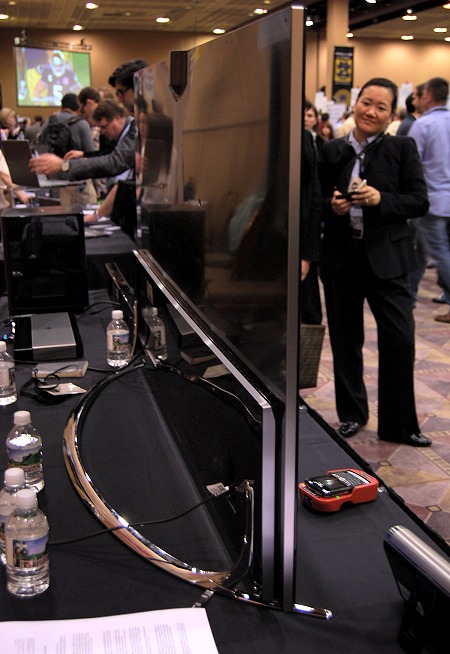 The F8000 series will start selling in Singapore in Q1 to early Q2, with a targeted Q3 release for the S9 UHD TV.

Join HWZ's Telegram channel here and catch all the latest tech news!
Our articles may contain affiliate links. If you buy through these links, we may earn a small commission.
Previous Story
Thermaltake, Tt eSPORTS, and LUXA2 Unleash a Slew of Products at CES 2013
Next Story
Jabra Adds Always-on Audio Performance with New Suite of Music Headphones (Updated!)