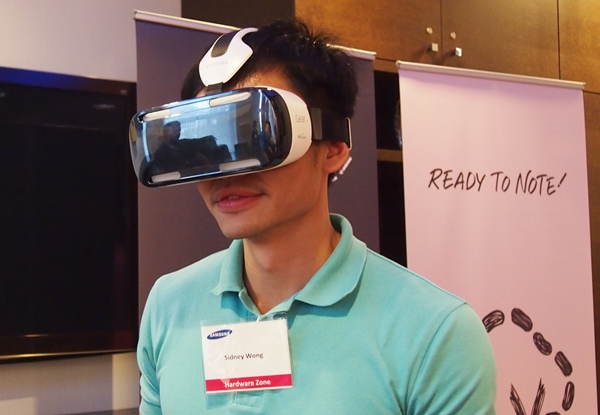 The Gear VR can put the user in any of the four scenarios: VR cinema, VR Games, 360-degree video and educational/experimental content. Using the 5.7-inch QHD display of the Galaxy Note 4, the Gear VR can project virtual realities in any of the four scenarios. For example, you can be sitting in a theater watching a play, but virtually move around to be in different locations of the theater. You also can play virtual reality games such as piloting a spacecraft through an asteroid field and engage enemy spaceships. 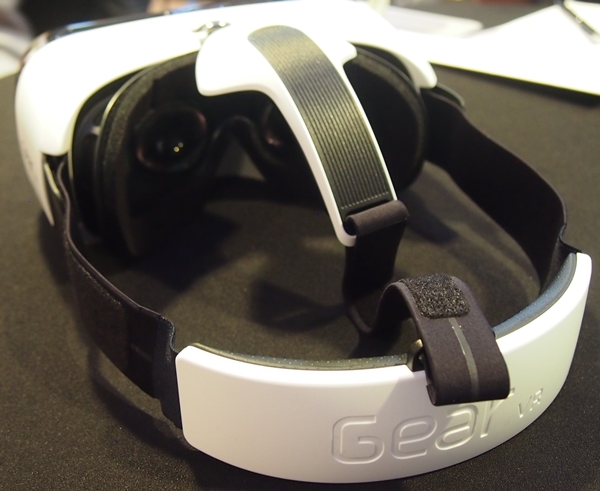 Samsung claims that the Gear VR is built with soft, flexible cushioning and lightweight materials, hence it is comfortable to wear. However, our hands-on session with the Gear VR proved otherwise. After using it a little while, it seemed a little heavy on our head and we could not help, but felt dizzy after going through the different 360-degree simulations and virtual reality gaming.

The Gear VR is available in one color - frost white - and can be purchased through Samsung's online channel and select telcos later this year.

Join HWZ's Telegram channel here and catch all the latest tech news!
Our articles may contain affiliate links. If you buy through these links, we may earn a small commission.
Previous Story
AMD FreeSync technology not supported across the board
Next Story
Samsung expands Galaxy Note series with Galaxy Note 4 and Galaxy Note Edge