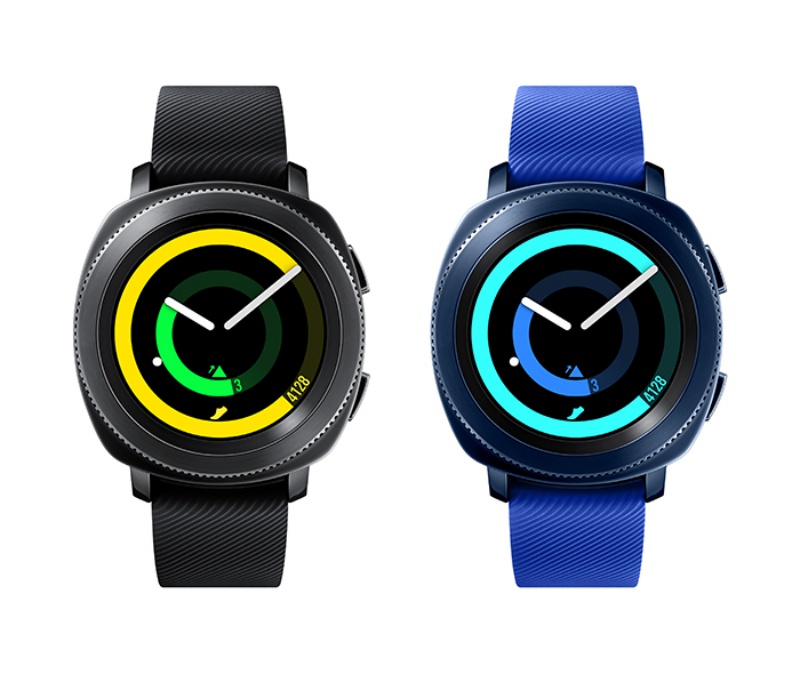 There was no Gear S4 at IFA 2017, but Samsung announced a new smartwatch, the Gear Sport, and an updated model of the Gear IconX wireless earphones.

The Gear Sport has a 1.2-inch Super AMOLED display (360 x 360 pixels) with a full color Always-On feature and Corning Gorilla Glass 3. Running under the hood are Tizen OS, a dual-core 1GHz processor, 768MB RAM and a 300mAh battery.

The Gear Sport is also designed with military-level durability (MIL-STD-810G certified), which means it can be used under extreme conditions. It is also rated 5 ATM for water resistance. Other specs include Bluetooth 4.2, NFC, GPS/GLONASS, accelerometer, gyro, barometer, a heart rate sensor and wireless charging.

Samsung states that the Gear Sport is compatible with Galaxy phones running Android 4.3 or later, Android devices running 4.4 or later, and the iPhone 5/SE/6s/6s Plus/7/7Plus running iOS 9.0 or later.

Compared to its predecessor, the Gear IconX (2018) has a more ergonomic and lighter design. The new wireless earphones can also launch Bixby when paired with the Galaxy S8, S8+ and Galaxy Note8.

The Gear IconX (2018) also has better battery life (up to 7 hours of play time on standalone mode, up to 5 hours on Bluetooth mode, and talk time up to 4 hours). Its charging case (340mAh) offers an extra charge on the go. Other specs include up to 4GB internal storage, Bluetooth 4.2, accelerometer and IR.

It is available in three colors: black, gray and pink, and supports Android devices with at least 1.5GB RAM and running Android 4.4 or later. Local pricing and availability of the Gear Sport and Gear IconX (2018) are not known at time of publication.

Join HWZ's Telegram channel here and catch all the latest tech news!
Our articles may contain affiliate links. If you buy through these links, we may earn a small commission.
Previous Story
JBL unveils a slew of new headphones at IFA 2017 (Updated with pricing)
Next Story
Hardcore Android users will love SanDisk's 400GB microSD card