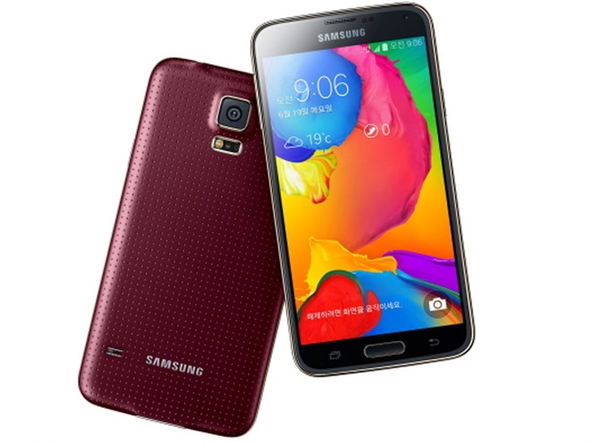 There is indeed a more powerful variant of the Galaxy S5 as Samsung just unveiled one in Korea.

Known as the Galaxy S5 LTE-A, the new smartphone features four main upgrades that the existing Galaxy S5 does not have: a faster processor, a higher resolution display, more RAM and support for faster LTE speeds.

The Galaxy S5 LTE-A runs on the latest chipset from Qualcomm - the Snapdragon 805 - which has clock speeds up to 2.5GHz, an Adreno 420 GPU and the 4th generation Gobi MDM9x35 LTE modem that can support LTE CAT 6 speeds of up to 300Mbps (In Korea, it is advertised as supporting speeds up to 225Mbps). Supporting the quad-core chipset is 3GB RAM, which will make the Galaxy S5 LTE-A a benchmark monster.

While the screen size remains the same at 5.1-inches, Samsung bumped up the resolution to Quad HD (QHD) at 2,560 x 1,440 pixels. Due to its slightly smaller display, the Galaxy S5 LTE-A boasts a higher pixel density (576ppi) than the 5.5-inch LG G3 (538ppi). Samsung can now claim that it has the industry's sharpest display.

Aside from the four key upgrades, the Galaxy S5 LTE-A has similar specs as the Galaxy S5 such as the 16-megapixel ISOCELL rear camera, a fingerprint sensor, a heart rate sensor, a 2,800mAh battery and IP67 ratings for water and dust resistance.

For now, the Galaxy S5 LTE-A is available only in Korea and comes in six colors: charcoal black, shimmering white, electric blue, copper gold, sweet pink, and glam red. We've reached out to Samsung Mobile Singapore on the availability of the Galaxy S5 LTE-A and will update this section when we have the information.

With this announcement, we now know that the Galaxy S5 LTE-A is not the alleged Galaxy F smartphone with brushed metal cover. Is Samsung really working on a Galaxy smartphone with a metallic rear or is it just a figment of tech geeks' imagination?

Join HWZ's Telegram channel here and catch all the latest tech news!
Our articles may contain affiliate links. If you buy through these links, we may earn a small commission.
Previous Story
Google Map Maker Lets You Add Details to the Existing Singapore Map
Next Story
Logitech Introduces Multimedia Speakers Z213 with Space-Saving Design