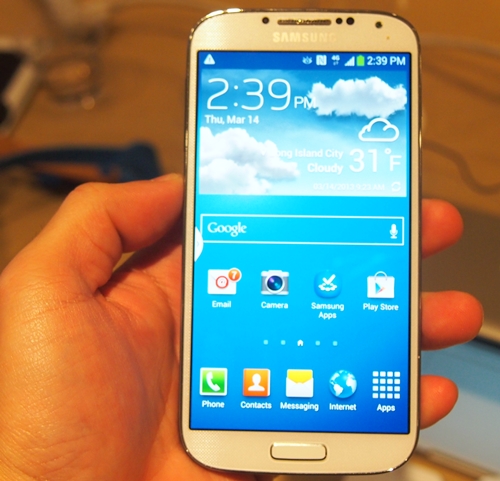 After two teaser videos (1) (2) and months of speculation, Samsung finally unveiled its latest flagship smartphone, the Galaxy S4. Some of its official specs differ from what we've heard in the past few weeks, but are not entirely unexpected. These include:

The Galaxy S4 also comes with a handful of nifty software features, some of which are a step above the current implementation in the Galaxy S III and Note II. For example, the Air View on the Galaxy S4 allows you to hover your finger over an email, text message and image gallery to preview information.

Flipboard also collaborated with Samsung to develop a special version of its app to take advantage of Air View, where you hover a finger over a tile to see the top three articles. You can then select the particular story and load it immediately.

Samsung also takes gesture navigation to the next level with Air Gestures, where you can browse web pages, accept or reject calls, view images in an album, skip songs in a playlist or scroll through a body of text by just waving your hand across the screen.

The camera user interface and features are upgraded as well. The Galaxy S4 sports a dual-camera function which enables you to simultaneously use the front and rear cameras. You also can choose from a variety of frame effects to personalize the two images.

If you engage in video call conversations often, the Galaxy S4 will be perfect for you as it has dual video call function where you can make and receive a video call with friends while showing what you are looking at during the call.

Other imaging features include Drama Shot, which allows you to see all the action in one continuous time-lapse, and Sound & Shot where sound and voice are recorded together as the picture is taken. Photos taken on the Galaxy S 4 will be automatically sorted out according to timeline, geo-tagging information or a specific event via the new Story Album feature.

Slated for a global availability at the end of April 2013 (May for Singapore), the Galaxy S4 will come in two colors: white frost and black mist. Here's a quick look at where the Samsung Galaxy S4 stands among the competition: - 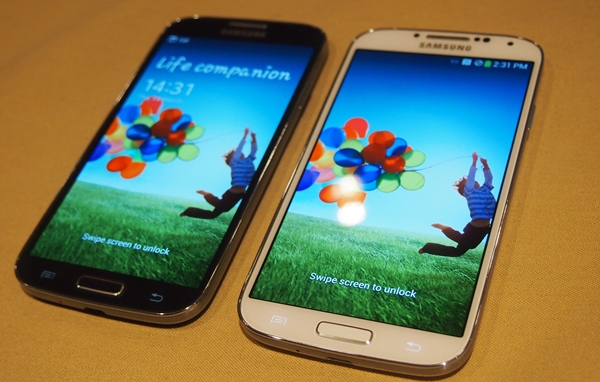 Join HWZ's Telegram channel here and catch all the latest tech news!
Our articles may contain affiliate links. If you buy through these links, we may earn a small commission.
Previous Story
Facebook Might be Working on Hashtag Feature
Next Story
Twitter Gets on Board Windows 8