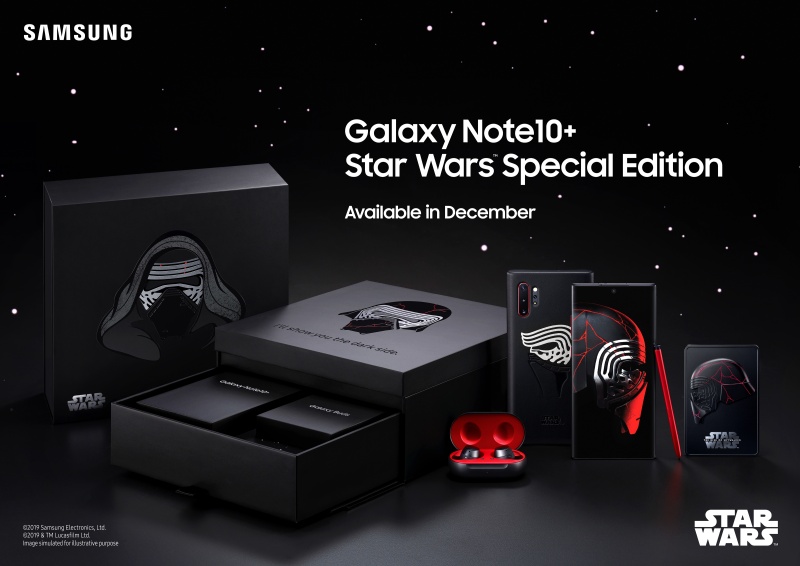 In collaboration with Lucasfilm, Samsung has announced a special edition Galaxy Note10+ to celebrate the upcoming release of the movie, Star Wars: The Rise of Skywalker.

The Galaxy Note10+ Star Wars Special Edition will be bundled with a specially designed case, a metal badge (which is a collector's item), a red S Pen, and Galaxy Buds. There are also exclusive Star Wars-themed content including wallpapers, shutdown animations, icons and sounds.

While news on a possible release in Singapore hasn't been announced, interested readers can keep an eye out at the Samsung stores on Lazada and Shopee. Join HWZ's Telegram channel here and catch all the latest tech news!
Our articles may contain affiliate links. If you buy through these links, we may earn a small commission.
Previous Story
U.S expected to delay Huawei full ban for another three months
Next Story
Google Stadia is adding 10 more games to its launch lineup at the last minute