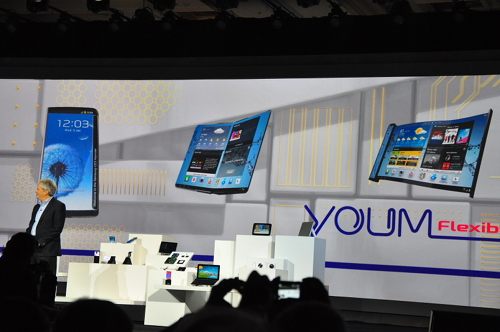 Aside from its newly-announced eight-core Exynos 5 Octav, Samsung today also unveiled its new line of flexible OLED displays. Dubbed “YOUM,” the flexible display line-up uses extremely thin plastic instead of glass, making it bendable and virtually unbreakable. Brian Berkeley, senior vice president of Samsung, showcased the prowess of the screen, by bending and wriggling the prototype device.  A video following the demonstration showed various possible uses for the technology, including a screen rolling out of a thin storage tube. Microsoft also made an appearance on stage shortly after, carrying what seems to be a Windows Phone 8 prototype device ultilizing the "YOUM" technology. 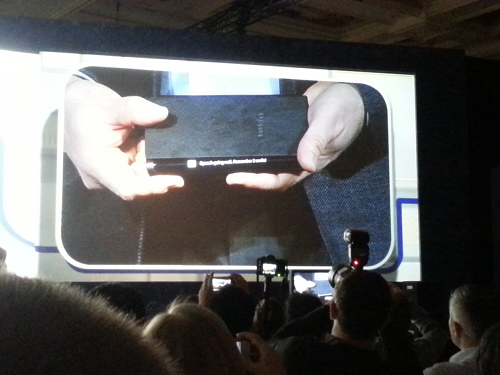 Samsung has also mentioned that it is currently developing a 10.1-inch "green LCD" display that would lower power consumption even further by 25 percent, while offering equal resolution qualities as its predecessor, the 10.1-inch 2560 x 1600 resolution, 300 ppi on the Nexus 10. As a point of reference, the latter only consumes 75 percent of the energy used in previous display solutions.