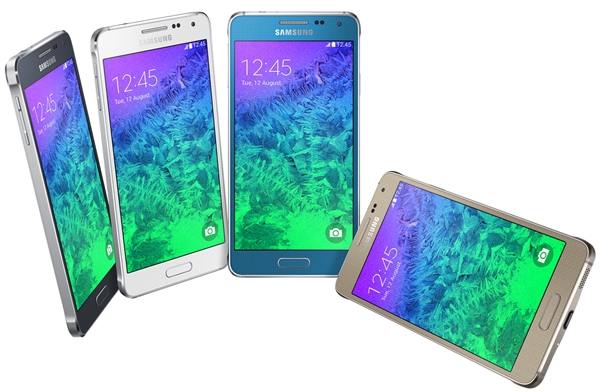 Updated at 7.30PM: Samsung Mobile Singapore told HardwareZone that the Galaxy Alpha will be available locally in Q3.

After a series of leaks in the past few weeks, Samsung finally took the wraps off its Galaxy Alpha smartphone.

Positioned as the latest addition to Samsung's Galaxy smartphone line, the Galaxy Alpha adopts a new design approach with its metal frame and a tactile soft back cover. It is also one of the slimmest Galaxy smartphones ever at 6.7mm thin and weighs only 115g.

The Galaxy Alpha sports a 4.7-inch HD (1,280 x 720 pixels) Super AMOLED display and is powered by an octa-core processor (Quad 1.8GHz + Quad 1.3GHz) with 2GB RAM. It runs on the latest Android 4.4.4 KitKat with several of Samsung's own customizations such as Ultra Power Saving Mode and Download Booster.

Samsung states that the Galaxy Alpha will be available at the beginning of September. At launch, the Galaxy Alpha comes in five colors: charcoal black, dazzling white, frosted gold, sleek silver and scuba blue. Do check out the official video for the Samsung Galaxy Alpha below:

Join HWZ's Telegram channel here and catch all the latest tech news!
Our articles may contain affiliate links. If you buy through these links, we may earn a small commission.
Previous Story
Specs of Motorola Nexus 6 leaked: 5.2-inch QHD display, Snapdragon 805 and 3GB RAM
Next Story
Meet the reversible USB