Samsung talks details about the Exynos 8 Octa, its next-generation processor

Samsung talks details about the Exynos 8 Octa, its next-generation processor 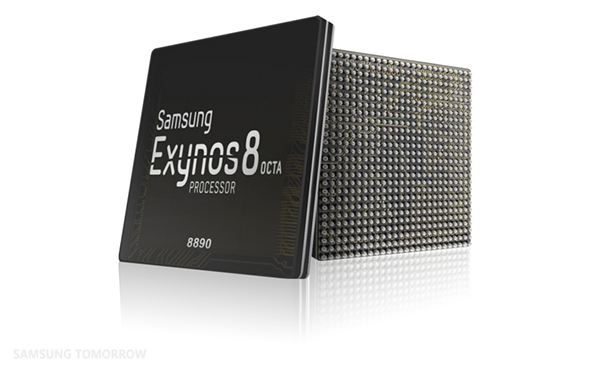 Samsung has unveiled details on its next-generation SoC, the Exynos 8 Octa 8890, which will be the first to utilize custom CPU cores based on the 64-bit ARMv8 architecture and the latest Release 12 Cat. 12/13 LTE modem (same as Qualcomm’s upcoming Snapdragon 820 SoC).

It is also the second processor from Samsung to use the 14nm FinFET process technology, after the Exynos 7420 found in latest-generation Samsung phones like the Galaxy Note 5. Like its predecessor, the Exynos 8 Octa also features eight CPU cores, including four Cortex-A53s for less demanding tasks. However, the other four cores is where Samsung’s custom cores will come in, replacing the Exynos 7420’s higher powered Cortex-A57s in a similar big.LITTLE configuration.

According to Samsung, the new SoC is 30% faster than the Exynos 7420, and uses up to 10% less power. It will also support enhanced heterogeneous multi-processing as well, which means that it is able to use all eight cores simultaneously for certain tasks.

This sets it apart from the Snapdragon 820 SoC, which has ditched the big.LITTLE implementation in favor of a quad-core design. Qualcomm says that people don’t actually need more than four cores, and it’s difficult to say at this stage if there will be any real-world performance implications for its SoC when it goes up against Samsung’s upcoming flagship.

The GPU has also been upgraded to an ARM Mali T880 MP12, boasting a 50% increase in core count compared to the Exynos 7420's Mali T760 MP8. Samsung is claiming up to a 80% performance boost for the same power consumption, or about 40% better efficiency for the same performance than its predecessor.

In addition, the new GPU will reportedly support up to 4K (4,096 x 2,160 pixels) displays. Could 2016 be the year that we see a Samsung phone with a 4K display? Rumors of a 21 February launch for the Galaxy S7 are already circulating, but we’re keeping our hopes of seeing the new SoC in the S7 in check for now. 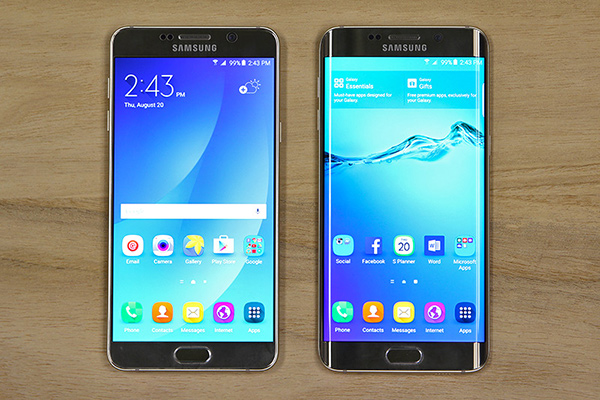 Mass production of the Exynos 8 Octa will begin later this year, so we should see phones with the new SoC within the first half of 2016, coinciding with the rollout of Snapdragon 820-equipped phones as well.