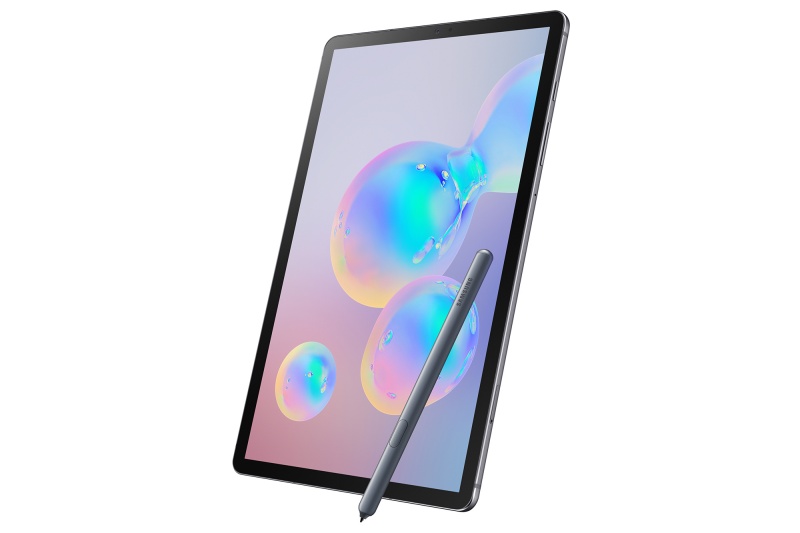 Samsung just announced its flagship Android tablet, the Galaxy Tab S6. Similar to the Apple iPad Pros and Microsoft Surface Pro devices, the Galaxy Tab S6 is designed for productivity and entertainment on the go.

The new S Pen, which is bundled with the Galaxy Tab S6, can be attached to the back of the tablet via a magnetic strip. You also can charge the S Pen by attaching it to the magnetic strip; ten minutes' charge time can deliver up to 10 hours of battery life.

There are also built-in BLE remote control features on the S Pen, which allow you to control the tablet with hand gestures such as taking selfies and videos, and controlling the multimedia content even when the tablet is not in your hands. Hand-written Samsung Notes can now be converted to digital text and be exported to formats like Microsoft Word. 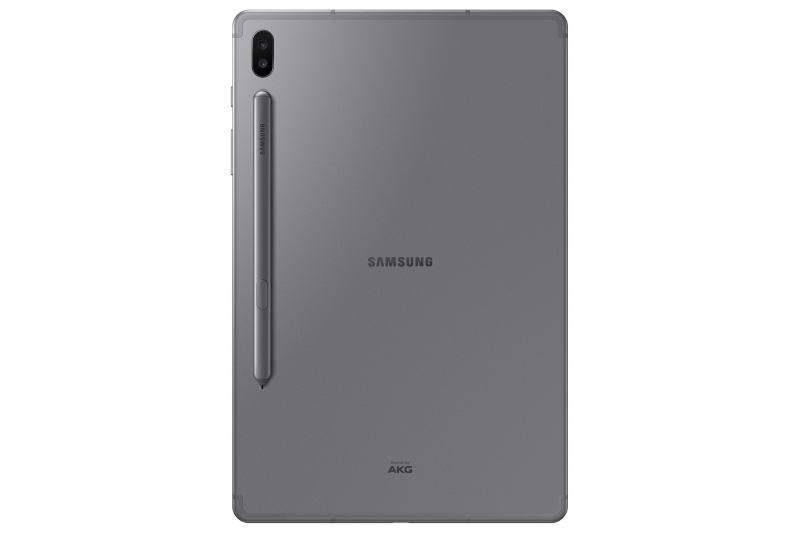 To get a full PC-like experience, Samsung is offering an optional portable BookCover keyboard that has a dedicated key for quick DeX access. The keyboard is upgraded to have a S Pen holder, a free angle stand, a touch pad and new function keys.

The Galaxy Tab S6 is also the first Samsung tablet to use an on-screen optical fingerprint sensor and have a dual-camera setup (13MP + 5MP) on the rear. The ultra-wide camera supports a 123-degree field of view, and the Neural Processing Unit adds enhanced effects to your photos.

Other specs include a 10.5-inch WQXGA Super AMOLED display, a 5.7mm thin chassis which weighs 420g, an 8MP front-facing camera, microSD support up to 1TB, a 7nm octa-core processor, a 7,040mAh battery, Bluetooth 5.0, and quad speakers sound by AKG and Dolby Atmos.

The Galaxy Tab S6 comes in three colors (mountain gray, cloud blue and rose blush) and is available in two configurations (6GB + 128GB, 8GB + 256GB). It will be available in stores and online from late August in select markets.

Previous Story
Samsung's profit drops 56% due to slow sales of memory and flagship phones
Next Story
OCBC customers can now withdraw cash from an ATM without their ATM card
Loading...
Featured Highlights