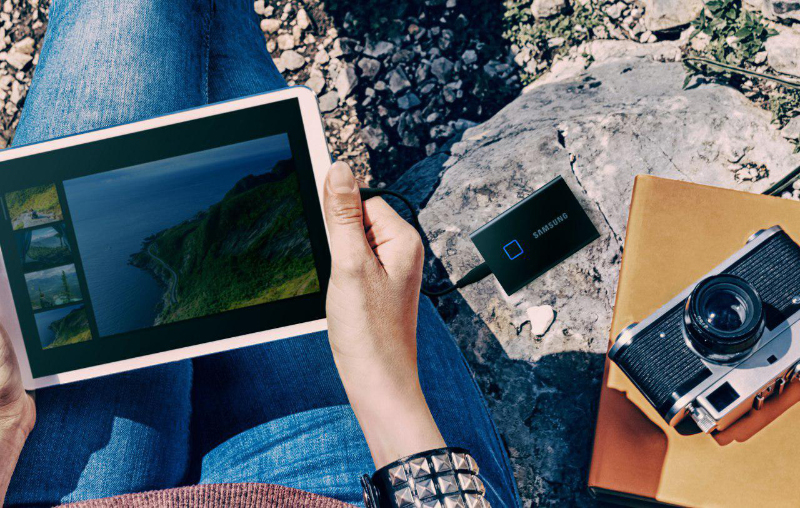 First seen at CES 2020, Samsung has just announced that its new SSD T7 Touch portable external SSD will be coming to Singapore soon.

The SSD T7 Touch features a solid unibody aluminium case and comes in black and silver. It's remarkably small as you would expect, measuring just 85mm by 57mm, and 8mm thick. It weighs 58g.

On the case, you'll see a blue square. That's the new fingerprint scanner which makes unlocking the drive a breeze. This means more people are likely to use the drive's hardware AES 256-bit encryption capability. 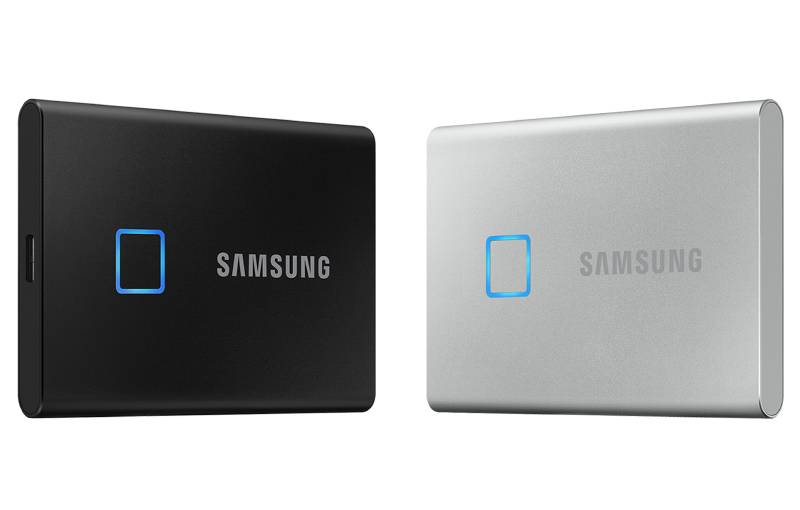 Fingerprint scanner aside, the SSD T7 Touch supports the faster USB 3.2 Gen 2 standard. This means transfer rates of up to 10Gbps and claimed read and write speeds of up to 1,050MB/s.

In terms of performance, this puts the SSD T7 Touch between the flagship Portable SSD X5 and the old Portable SSD T5.

The Samsung SSD T7 Touch will be available in Singapore from 16 March 2020. Pricing for the various capacities is below. All drives will also come with three-year warranties.

Previous Story
Pokémon: Twilight Wings is a new limited anime series available on YouTube
Next Story
Microsoft wants to be carbon negative by 2030 and remove all the carbon it has ever produced by 2050
Featured Highlights