Samsung's 32-inch Space Gaming Monitor is massive, but it also helps you save space

Samsung's 32-inch Space Gaming Monitor is massive, but it also helps you save space 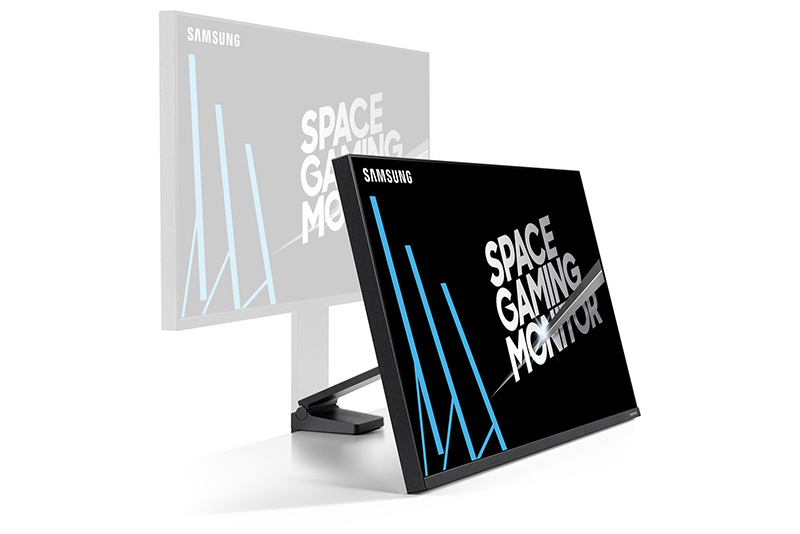 Samsung's new Space Gaming Monitor, also dubbed the SR75Q, is a 32-inch screen that won't swallow up a ton of desk space. It adopts similar space-saving features as the productivity-oriented Space Monitor, which means you can push it flat against your wall to free up valuable real estate on your desk.

Many gaming monitors come with huge stands that occupy way too much space, so the Space Gaming Monitor offers you a way around that while still providing a sprawling 32-inch panel to work with.

Unlike the Space Monitor though, the gaming version also comes packed with plenty to appeal to those who are all about high frame rates and smooth visuals. It abandons the 4K resolution in favor of a more modest 2,560 x 1,440-pixel resolution and features like a 144Hz refresh rate and AMD FreeSync.

That said, you'll still be able to hide the power and HDMI cables from view and easily install the monitor on most tables with the integrated clamp. If you'd like, the base of the monitor can be brought level with your table as well. However, doing this does limit how much space you're actually able to save, since you'll have to remove anything directly in front of the monitor if you want to pull it down.

This approach does have its own limitations though, and you won't be able to swivel the screen.

The Space Gaming Monitor is expected to be available worldwide in Q4 2019.

Separately, Samsung also trotted out the CRG9 and CRG5 gaming monitors, which were first announced at CES and E3. The CRG9 is a 49-inch behemoth of a display, while the CRG5 is the company's first ever 240Hz curved gaming screen.