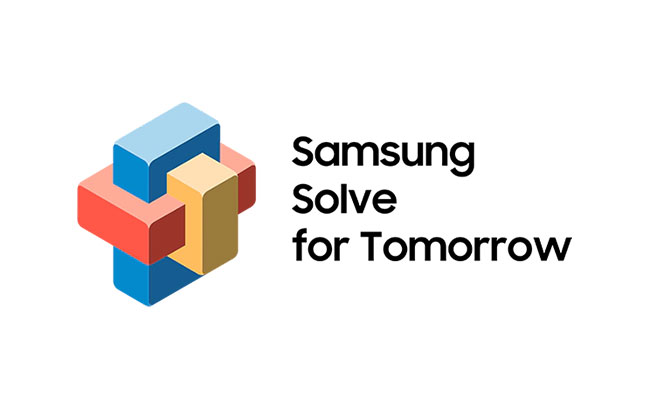 With each year, it seems like the world's challenges are only getting bigger and tougher. But that’s not to say there aren’t people willing to solve them. There’s an entire generation of people with a desire to come up with solutions to these problems, and are waiting for the opportunity to do so.

That’s what Samsung’s Solve for Tomorrow competition is aiming to give. We first covered the 2015 edition almost seven years ago with our own Editor mentoring the winning team, but the goal remains the same. The competition, which just wrapped up its 2021 edition, aims to inspire young students to come up with innovative, STEM-related ideas that benefit society, as well as nurture skills that are important in the workplace.

Supported by the Infocomm Media Development Authority (IMDA), the four themes for the 2021 competition, which began in October last year, were Environmental Sustainability, Digital Inclusion for Seniors, Health & Wellness, and Preparing for the Future of Work. The themes correlated with a survey of Gen Zs (16 - 25), which was held during the duration of the competition.

After the shortlisting period, the 170 teams that entered a submission were narrowed down to 10 finalists, five each for the competition’s ‘Post-secondary’ and ‘University’ categories. These teams had to further enhance and develop their idea before presenting them to a panel of industry judges, which included:

The judgments were based on the relevance, creativity and feasibility of the team's ideas, as well as how they applied technology to meet the themes' challenges.

Ideas from the Winners

Eventually, the top winners for the two categories emerged: MNKS X CO2 from Singapore Polytechnic (SP), and Team Adustio from the National University of Singapore (NUS).

The former focused leaned towards the environmental aspect of the competition with its concept. It introduced a biofilter lined with a biofilm made out of genetically-engineered E. Coli bacteria that can consume carbon dioxide and emit oxygen, with a design modelled after the villi of the small intestine to maximise filtration efficiency.

Team Adustio, meanwhile, focused on sustainable energy, developing a two-part solar energy system. It consists of a biodegradable solar battery made out of seaweed carrageenan, a seaweed extract, plus a mobile app and asset management system that acts in concert with sensors, helping solar panels to align with the sun’s position throughout the day by tilting them.

Of course, these are just the first place winners. For the 'Post-secondary' category, Team Mech Care of ITE College Central won second place for its mobile app that helps facilitate the rehabilitation of knee replacement surgery patients, and PowerwHATt of Anglo Chinese School (Independent) won third place for its origami-like solar hat, meant for use in remote locations.

For the 'University' category, JBSamsung, also from NUS, won second for its mobile app and muscle sensor that helps seniors with physical disability and speech difficulties (PDSD) improve interactive abilities. Team S^2 -Brace of Yale-NUS College, meanwhile, won third for engineering a leg brace that provides support for patients and that helps with leg extension.

But for the teams, perhaps the greater takeaway is the experience of having participated in the competition. As said by Alyssa Cheok, leader of Team Adustio:

Solve for Tomorrow is an ideal testbed for refining our solution and conceptualising a potential business model. The journey has  been rewarding as it broadened our horizon and encouraged us to push the boundaries to create something impactful,"

Join HWZ's Telegram channel here and catch all the latest tech news!
Our articles may contain affiliate links. If you buy through these links, we may earn a small commission.
Previous Story
Google Meet update lets your employers know if you really have a bad connection
Next Story
Hackers leak 190GB of data allegedly from Samsung, includes source code and biometric unlocking algorithms