Note: This article was first published on 27th November 2020, and is now re-published with new models and price points. 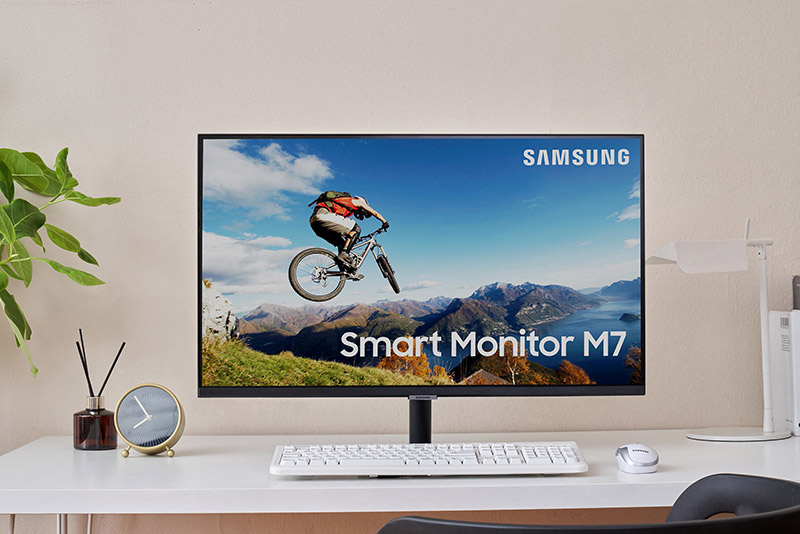 Samsung has announced the Smart Monitor, which it claims is the world’s first monitor to combine over-the-top (OTT) media service, mobile connectivity and remote PC capabilities. Put another way, other than the smaller size and lack of a tuner, the Smart Monitor bears a closer relation to a smart TV than a traditional desktop monitor.

Available in two series — FHD M5 and 4K M7 — the Smart Monitor has built-in Wi-Fi and you can connect it directly to the internet (no computer required!) to access your Office 365 documents stored in the cloud.

It also features a remote access function, which means you can get to the files on the computer it’s connected to, even when you’re out of office or home, as long as there’s an internet connection.

The Smart Monitor supports Bluetooth and has USB and HDMI ports so it’s easy to hook it up to PCs, set-top boxes and other peripherals. If you’ve a compatible Galaxy device, you can also cast the DeX desktop wirelessly to the bigger display.

To blur the TV-or-monitor line even further, you’re given a remote control for navigating the interface, which looks just like the one found on Samsung TVs. And like the remote that comes with the TVs, you can hold down the microphone button on this remote and ask Bixby for help.

Samsung has informed us that the 27-inch M5 will go on sale in Singapore in the first week of December 2020, followed by the 32-inch M5 and M7 in the third week. Here are their prices:

The M5 line of monitors now has a new 24-inch (black) model in addition to the 27-inch and 32-inch models announced in November last year. Also new to the list are the white editions of the M5 series for both sizes. However, the M5 32-inch model will only be available in Singapore in August 2021.

In addition to the earlier launched M7 32-inch model, there is also a new 43-inch M7 monitor in black. In terms of specifications, it is largely the same as the previous M7, but supports Samsung’s solar cell-powered remote control first introduced with Samsung's new 2021 TVs.

Here are the price points for the new entries:-

The new Smart Monitor line-up is available on the Samsung Online Store and major consumer electronics and IT stores from 14 June 2021. Pre-orders are open for the M5 24-inch here. The M7 32-inch model is already on sale in Singapore for S$728 (U.P. $898) at the Samsung Online store.

Consumers will receive a complimentary Samsung Bundle gift consisting of: 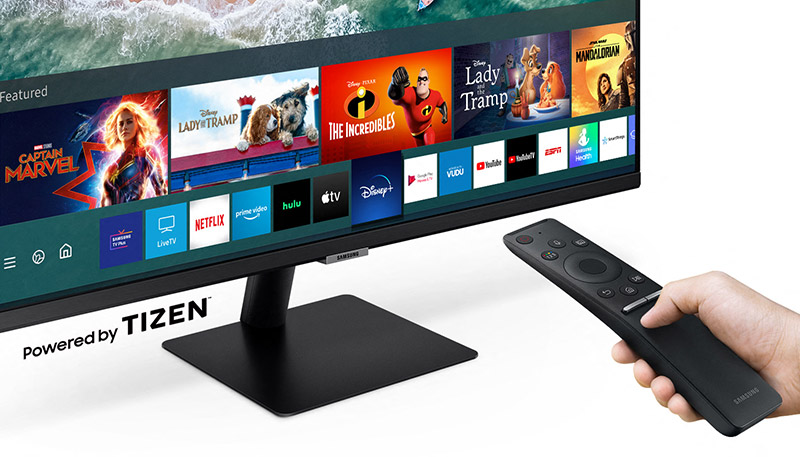 Join HWZ's Telegram channel here and catch all the latest tech news!
Our articles may contain affiliate links. If you buy through these links, we may earn a small commission.
Previous Story
Vivo's V21 5G smartphone packs both OIS and EIS into its luscious 44MP front camera
Next Story
Microsoft is exploring the direct integration of Xbox gaming into TVs