Samsung shows off a 75-inch microLED display at CES 2019

Samsung shows off a 75-inch microLED display at CES 2019 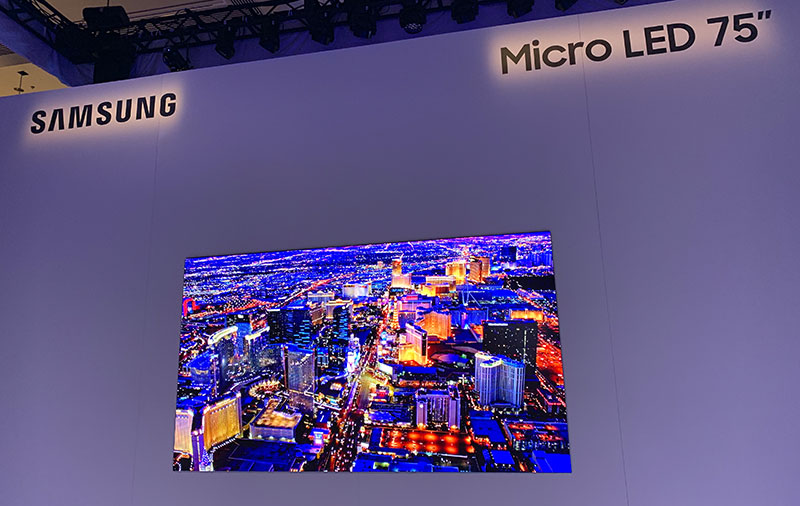 At a media event today (Jan 6 U.S. time) in Las Vegas, Samsung has unveiled a 75-inch 4K microLED TV. While this is still a prototype with no release date in sight, this is more significant than the giant “The Wall” microLED display we saw last year. And that’s because this is (in Samsung’s words) the first home-ready microLED display, which gives hope that such TVs aren't that far off from hitting the market.

I’ve written about microLED tech the same period last year, but to recap, microLED is seen by some quarters, including Samsung, as the holy grail of TV display tech. (I believe this is the reason why Samsung has so far refused to make OLED TVs.) Using super-tiny LEDs that can turn on or off individually without needing a backlight or filter, this potentially makes for a TV that is very thin, with infinite contrast, perfect black levels, and wide viewing angles - like an OLED. But unlike OLED, it can go very bright too for HDR. According to Samsung, its microLED panels can now hit up to 2,000 lumens and 120Hz refresh rate.

Versus the microLED module that Samsung showed off last year when they introduced The Wall TV, the new module is now smaller and shaped like a square. Samsung says it has in this one year improved its microLED’s color performance and energy efficiency, as well as advanced its manufacturing technique.

Because of the modular nature, Samsung also believes that the future of TV is a microLED TV that any of us can put together. Samsung has now built a 75-inch, 146-inch, and 219-inch microLED displays for CES, but in theory, a microLED display can be of any size and aspect ratio. You can use it as a single module like a photo frame, do a 1 x 8 row, a 4 x 4 grid, or go nuts and plaster your whole wall with microLED modules. 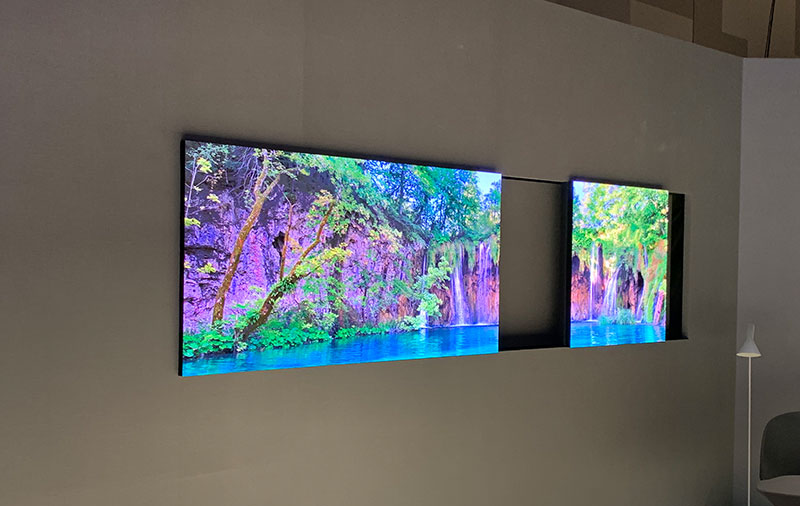 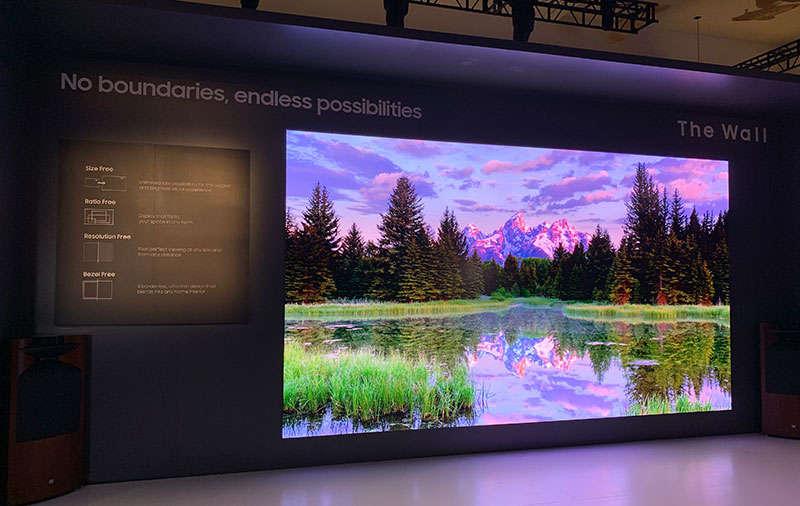 Samsung has clearly put considerable thought in the user installation process. In a nutshell, each microLED module has two pieces: the back mounting plate that goes on the wall and locks with the module next to it with a turn of a dial, and the microLED panel that attaches to this plate magnetically. When a module is added, the new display will reconfigure itself and the picture will extend to the new module automatically. I was told this is possible because one of the modules is the master module and it’s able to pass AV signals and power to the other slave modules. Samsung is also exploring an audio module that you can put a microLED module on and have it act as the audio system's display. 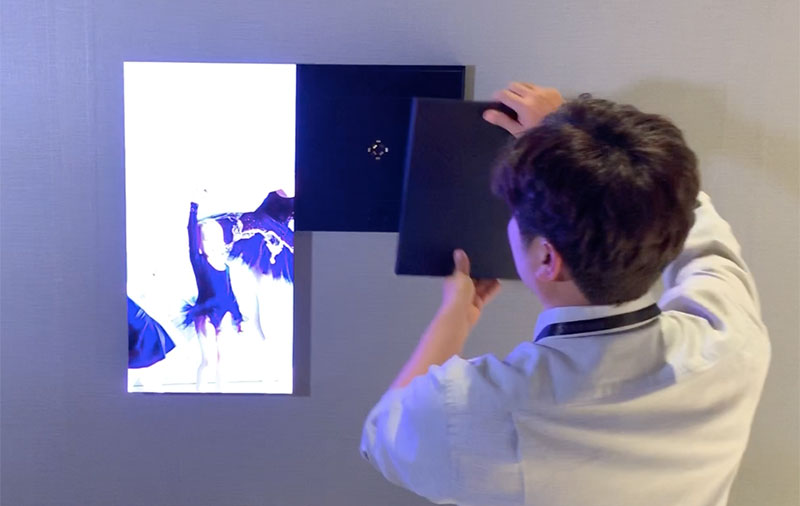 As mentioned above, there’s no word from Samsung when we can buy a microLED TV, though the manufacturer didn't disagree when I asked if it’s aiming to have consumer sets ready in the next two to three years. Right now, the biggest hurdle is the enormous technical difficulty and high cost involved in making microLED panels. While Samsung is touting its ultra-fine pitch process here at CES, it’s unclear what’s its current yield. One thing that’s clear is the manufacturing process that goes about packing red, green, and blue microLED sub-pixels side by side in a small space can’t be easy or cheap.

Join HWZ's Telegram channel here and catch all the latest tech news!
Our articles may contain affiliate links. If you buy through these links, we may earn a small commission.
Previous Story
Razer updates the Blade 15 with NVIDIA's new GeForce RTX 20-series graphics
Next Story
Klipsch announces a new series of soundbars ahead of CES 2019 and its first-ever true wireless earbuds