Samsung has sent out media invites for an Unpacked event on September 3rd at IFA 2014 in Berlin.

It is expected to unveil the Galaxy Note 4, which is rumored to sport a 5.7-inch Quad-HD (2,560 x 1,440 pixels) display, a metal frame, an ultraviolet sensor for measuring UV radiation, a Qualcomm Snapdragon processor and 4G LTE support. There is also speculation of a curved OLED variant in the works.

Besides the Galaxy Note 4, Samsung is likely to take the wraps off another high-end smartphone model which uses "new materials". This particular smartphone is alleged to be the 4.7-inch Galaxy Alpha. These two new high-end smartphones are part of Samsung's strategy to reverse its falling sales. 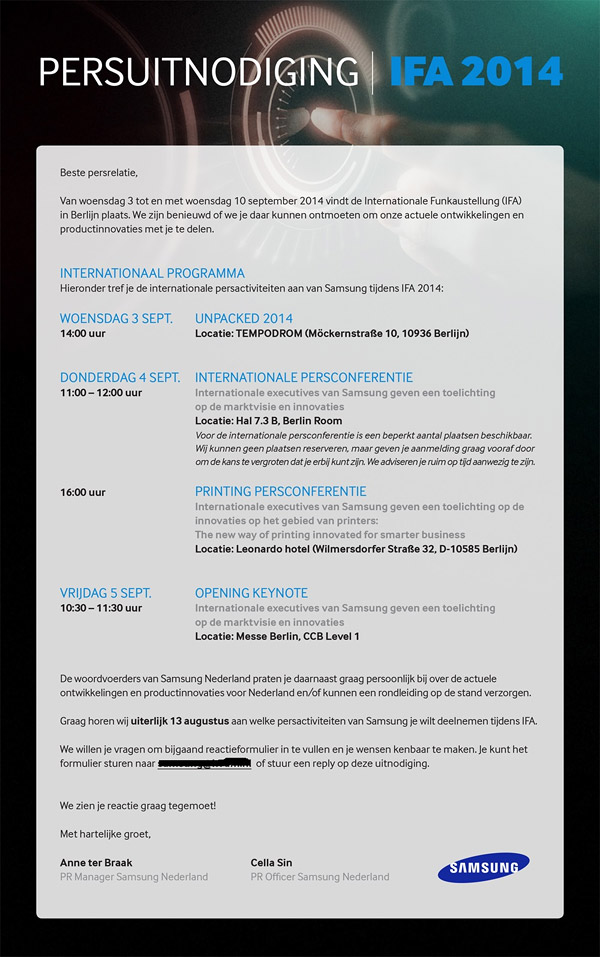 Join HWZ's Telegram channel here and catch all the latest tech news!
Our articles may contain affiliate links. If you buy through these links, we may earn a small commission.
Previous Story
This is what the HTC One for Windows Phone looks like
Next Story
Flappy bird returns...but only on the Amazon Fire TV