Samsung said to be working on an 18.4-inch Android tablet

Samsung said to be working on an 18.4-inch Android tablet 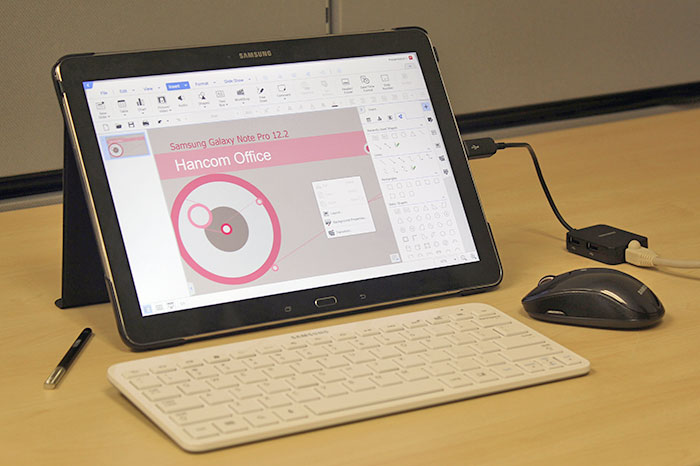 With Apple likely to release a 12.9-inch iPad Pro in the next two months, Samsung is said to be preparing to one-up its rival with an even larger tablet.

According to SamMobile, Samsung is working on an 18.4-inch Android tablet for use in the living rooms, offices and schools. The 18.4-inch tablet has a codename "Tahoe" and a model number SM-T670.

It reportedly runs on Android 5.1 Lollipop, an Exynos 7580 octa-core 1.6GHz processor, 2GB RAM, and a 5,700mAh battery. Other alleged specs include a TFT LCD display with a resolution of 1,920 x 1,080 pixels, 32GB internal storage space, microSD card slot, an 8-megapixel rear camera, a 2.1-megapixel front-facing camera and a 11.9mm thick chassis. There is no information on its launch or availability.

The biggest tablet in Samsung's portfolio at the moment is the Galaxy Tab Pro 12.2 LTE. One of its key features is the ability to open as many as up to four windows on the screen at the same time. It launched with a retail price of S$1,198.