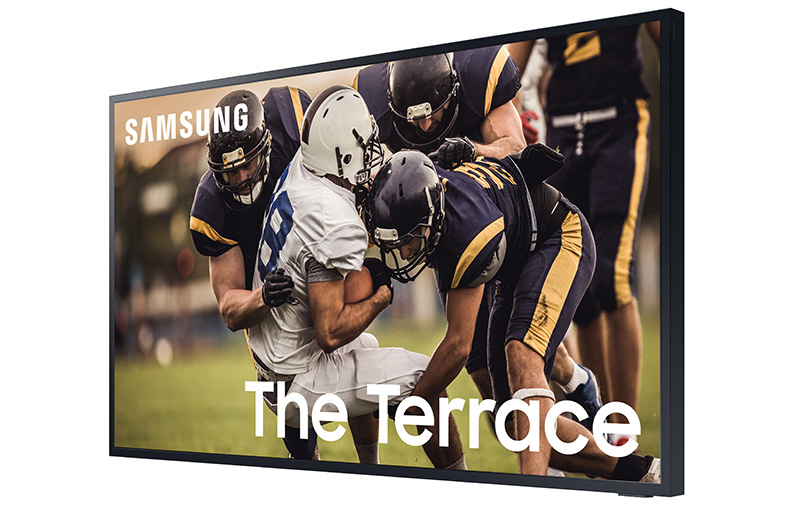 So, what do you think is going to be the next model in Samsung’s lifestyle series 4K TVs after the I’m-a-piece-of-art Frame, the distinctive Serif and the orientation-shifting Sero?

Apparently, it’s ‘The Terrace’, a TV and soundbar package designed for use outdoors.

Samsung’s first outdoor QLED 4K TV, the Terrace is available in 55-, 65- (US$5,000) and 75-inch (US$6,500) screen sizes. Since it’s supposed to be used outside the house, Samsung has made it weather-resistant (IP55, no less) and equipped it with a variety of installation options.

Regarding specs, the Terrace QLED TV has a peak brightness of 2,000 nits and an anti-reflective coating, which means you won’t see a totally washed out picture when it’s under the sun. It also has Samsung’s motion rate spec of MR240, which really doesn’t say much about motion performance other than it probably has a native refresh rate of 120Hz.

The TV also supports Wi-Fi and Bluetooth connectivity, which Samsung says is used for connecting to the included Terrace soundbar and other devices. The also IP55-rated soundbar, which uses a distortion-cancelling technology to ensure it sounds good outdoors, can be mounted to the wall or directly to the TV.

Software-wise, the Terrace runs Tizen and supports Multi View and Tap View to allow you to get phone content on the big screen easily. It also works with multiple voice services including Bixby, Amazon Alexa and the soon to launch Google Assistant. And like recent Samsung QLED TVs, the Terrace supports AirPlay 2 and has apps for Apple TV and Apple Music.

Samsung is launching the Terrace today in the U.S. and Canada, with rollouts in Germany, Australia, New Zealand and other regions expected later this year. There’s also a professional model for businesses (I suppose for pubs and the like) launching later this year in the U.S., Germany and Australia. 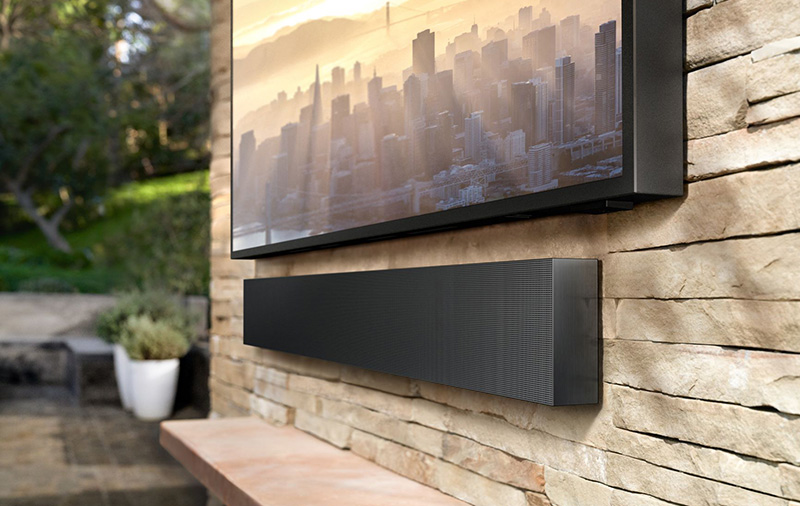