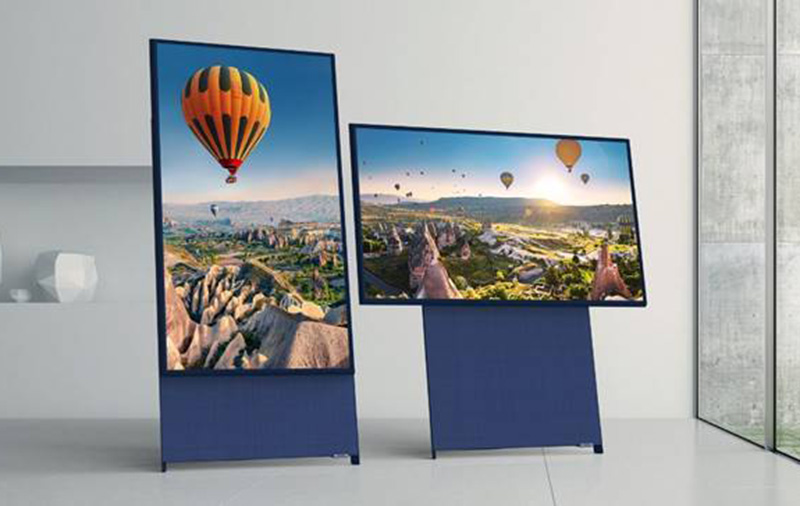 Samsung has announced that its Sero lifestyle TV is now available in Singapore for S$3,499.

First announced and sold exclusively in Korea last year, 'The Sero' is a 43-inch 4K TV that can display content vertically, making it an ideal device for showing smartphone photos and videos captured in portrait orientation (e.g., Instagram stories).

The Sero works with screen mirroring, so it’s easy to switch media that’s playing on most phones to the bigger screen.

If you’ve a Samsung Galaxy phone, there’s a new Tap View feature that automatically connects both devices when you tap the phone anywhere on the TV’s bezel. The TV can even rotate itself depending on how you hold the phone.

Additional perks of Tap View include letting you view the videos in HD or see yourself on the TV after taking a selfie on the phone. Samsung told us that a vertical AirPlay 2 feature is coming later this year.

When the TV isn’t in use, you can put it into Portrait Mode to change the room’s ambience. There are five modes to choose from: Poster, Clock, Photo, Sound Wall and Cinemagraph.

Not designed to be wall-mounted, the Sero comes with an integrated navy blue stand. You can even add wheels (sold separately) to it so that you can easily push it around.

Regarding specs, the Sero is a quantum dot-enhanced QLED 4K TV, which means you get traditional QLED advantages like 100% colour volume.

While the Sero doesn’t have object-tracking sound like some of Samsung’s other QLED TVs this year, it does have Active Voice Amplifier (AVA), a tech that can distinguish between different types of ambient noises in the room, such as noise from a blender or vacuum cleaner. The TV will then make adjustments to the voice track in real time so that the dialogue still sounds loud and clear.

And speaking of audio, the Sero sports a 4.1-ch, 60W speaker system with support for Dolby Digital Plus. Embedded in the stand, the speakers fire forward and the woofer uses a passive radiator to extend the low-end of the bass.

The Sero is now available through the Samsung Online Store and Commune, as well as at major consumer electronics stores such as Audio House, Best Denki, Courts, Gain City, Harvey Norman, Mega Discount Store, Mustafa and Parisilk through their respective online stores. You’ll find the TV in retail stores after the circuit breaker measures are lifted.

Previous Story
The box that comes with Samsung’s new lifestyle TVs can be turned into cat houses, magazine racks and more
Next Story
Kick back with the new JBL Bar 9.1, the company's first Dolby Atmos soundbar