Samsung’s new Portable SSD X5 will deliver transfer speeds of up to 2,800MB/s

Samsung’s new Portable SSD X5 will deliver transfer speeds of up to 2,800MB/s 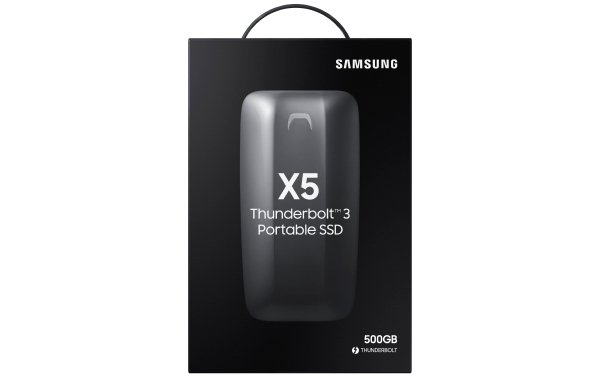 The Portable SSD X5 is a huge step up from Samsung’s previous portable external SSDs, hence the new X5 name.

The Portable SSD X5 is notable because it is their first NVMe-compliant Thunderbolt 3 portable external SSD. 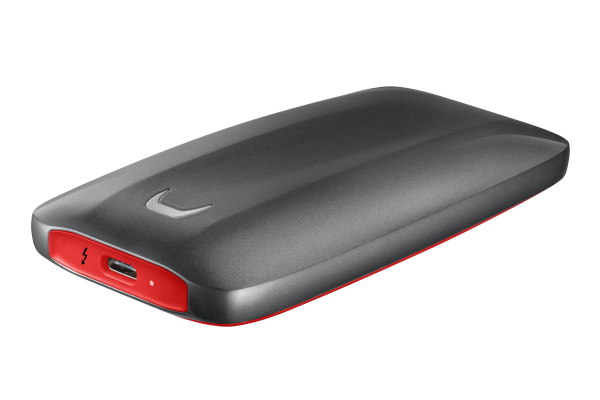 The Portable SSD X5 comes in an all-metal enclosure has a non-slip base. It also has a shock-resistant internal frame that allows the X5 to surface drops of up to two meters. Internally, there’s also a heatsink that protects the drive from overheating during sustained loads.

Like all Samsung portable external SSDs before it, the Portable SSD X5 comes with the Samsung Portable SSD Software that enables password protection and configuration of security settings. The X5 employs 256-bit AES hardware encryption.

The Samsung Portable SSD X5 is available in 500GB, 1TB, and 2TB capacities and is priced at S$599, S$999, and S$1,999 respectively. It will launch on 17 September but pre-orders will begin on 1st September and will run to the 5th on Hachi.tech and Lazada Singapore.

Join HWZ's Telegram channel here and catch all the latest tech news!
Our articles may contain affiliate links. If you buy through these links, we may earn a small commission.
Previous Story
LG unveils its first Android One handset ahead of IFA 2018
Next Story
PSA: StarHub’s new HITS Movies channel will be free for more than a year!