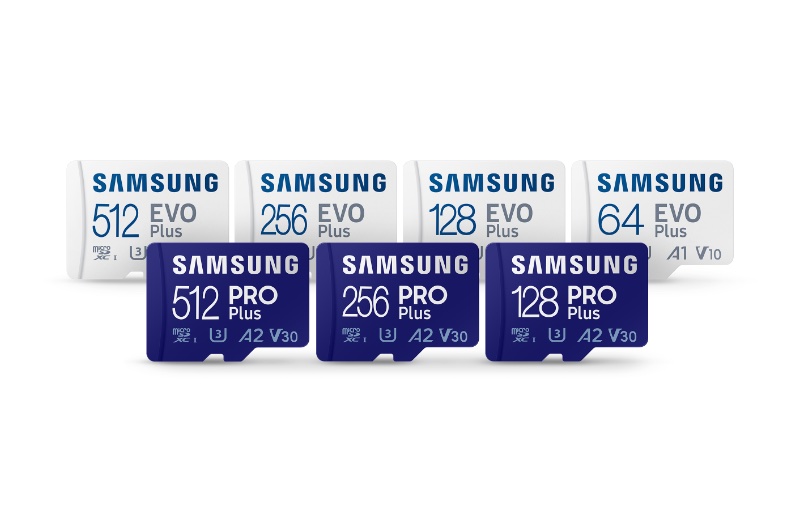 Together the cards are designed to give users storage coverage in everything from devices like smartphones, all the way up to action cameras and drones.

The cards offer what Samsung calls their “six-proof protection”. This means that they can withstand water, extreme temperatures, x-rays, wear out, drops and magnetic impact. For additional peace of mind, they come with a ten-year limited warranty. 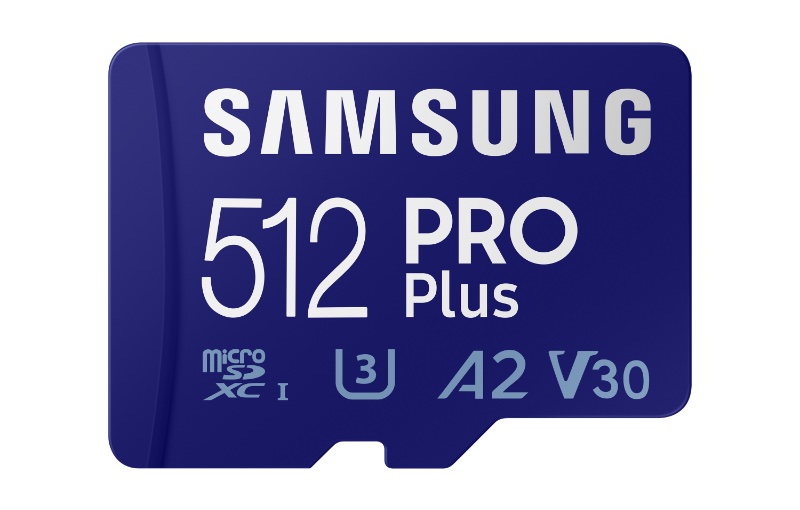 The new PRO Plus microSD cards are designed for content creators capturing high-quality photos, 4K Ultra HD (UHD) video and other content, even in extreme conditions. They offer read and write speeds of up to 160MB/s* and 120MB/s*, respectively in 128GB, 256GB and 512GB capacities.

As a comparison, Samsung’s Pro Endurance microSD card that was released in 2018 also for 4K video etc, had read and write speeds up to 100MB/s and 30MB/s respectively.

The EVO Plus microSD is designed for casual users looking for reliability and stability. It offers transfer speeds of up to 130MB/s*, providing up to 1.3x faster sequential read speed when compared to the previous version. It will come in 64GB, 128GB, 256GB and 512GB capacities.

More importantly, both microSD cards have been tested and certified for the following speed class ratings of U3, V30, A2 and Class 10, which denote they have a minimum write speed of 30MB/s at least and can handle 4,000 read and 2,000 write IOPS. You can refer to our microSD card buying guide for more details on these ratings. 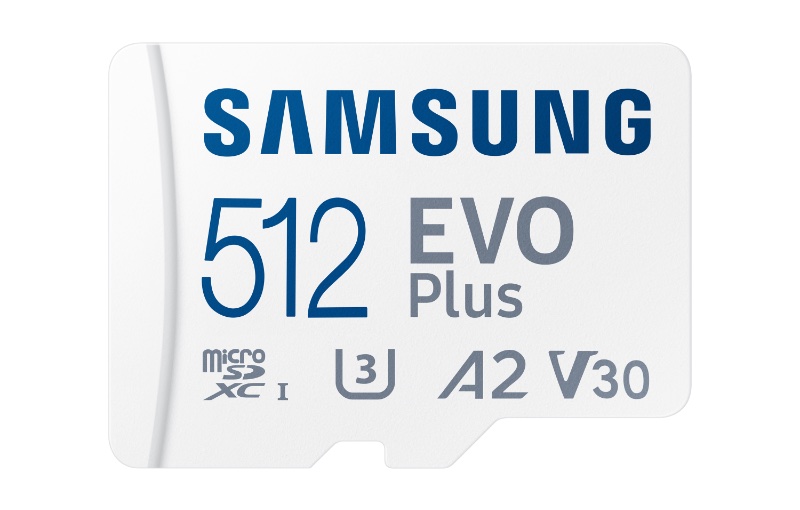 * Up to 160MB/s read speeds, engineered with proprietary technology to reach speeds beyond UHS-I 104MB/s, require compatible devices capable of reaching such speeds. Up to 120MB/s write speeds. Based on Samsung’s internal testing; performance may be lower depending upon host device interface, usage conditions and other factors.

Join HWZ's Telegram channel here and catch all the latest tech news!
Our articles may contain affiliate links. If you buy through these links, we may earn a small commission.
Previous Story
The Samsung Galaxy M22 is a 5,000mAh phone at under S$300
Next Story
Netflix's The Witcher universe is expanding with another movie and a kid's show