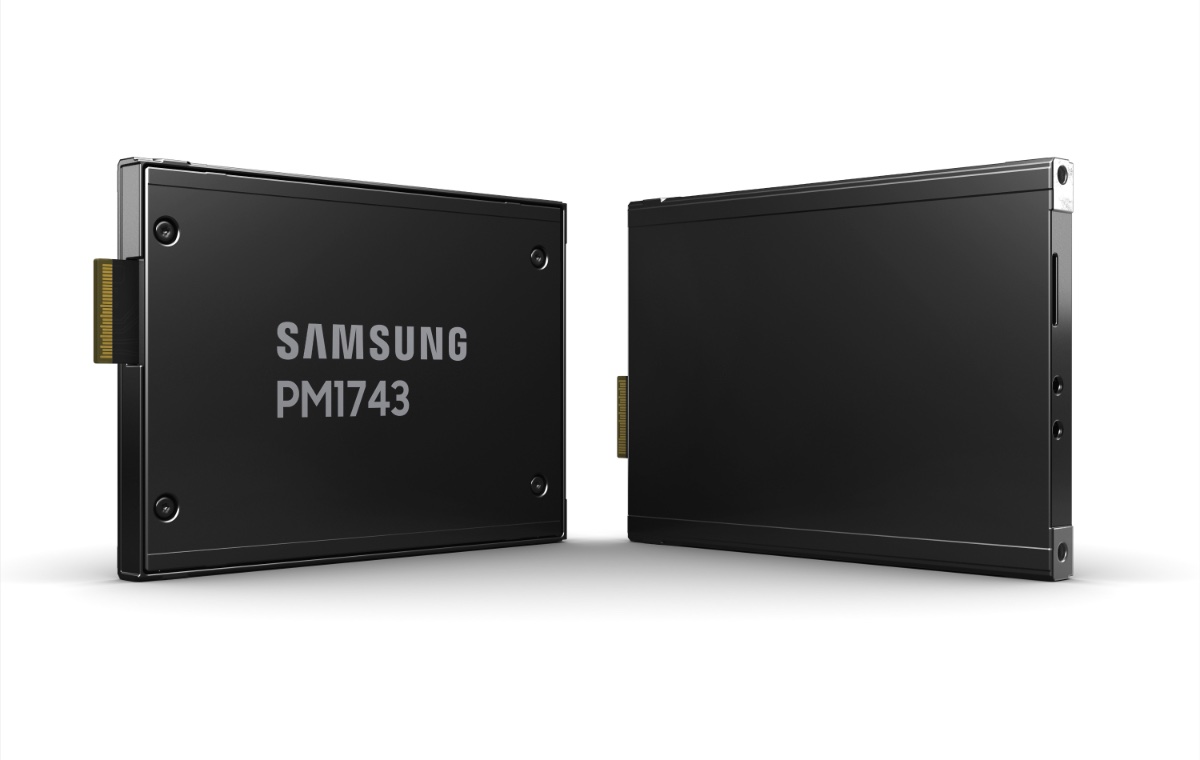 It is built around Samsung’s 6th gen v-NAND and a proprietary controller that supports the PCIe 5.0 interface. This allows it to hit up to 2,500K input/output operations per second (IOPS). PCIe 5.0 also offers a bandwidth of 32 gigatransfers per second (GT/s), double that of PCIe 4.0.

Samsung added that the PM1743 is expected to be the industry's first PCIe 5.0 SSD with dual-port support, ensuring server operational stability and high availability when a connection to one port fails.

The company is targeting enterprise customers with the promise of 30 percent enhanced power efficiency and advanced security features like an embedded security processor and Root of Trust (RoT).

PM1743 will be available in a wide variety of capacities from 1.92TB to 15.36TB, and come in both the usual 2.5-inch form factor and the 3-inch EDSFF (E3.S) that is found in next-generation enterprise servers and data centres.

Samsung said that they are now delivering samples of the PM1743 to global chipset and server manufacturers for joint system development with plans to begin mass production of the PM1743 in the first quarter of 2022.

Join HWZ's Telegram channel here and catch all the latest tech news!
Our articles may contain affiliate links. If you buy through these links, we may earn a small commission.
Previous Story
Audio-Technica's ATH-CKD3C headphones connect via USB-C, perfect for devices with no headphone jack
Next Story
Samsung may delay the launch of the Galaxy S22