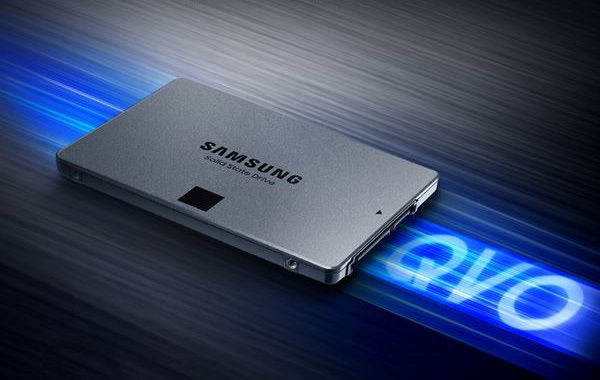 Samsung has just announced a new range of affordable high-density SSDs called the 860 QVO SSD, which is targeted at users who want the capacity of traditional HDDs but the speed of modern SSDs.

The 860 QVO SSD is powered by Samsung’s MJX controller, which is also used in the SSD 860 Pro and SSD 860 Evo. As for memory, it is using Samsung’s newest 4-bit QLC V-NAND memory.

The 860 QVO SSD will only be available in 1TB, 2TB, and 4TB capacities. It will be offered in the 2.5-inch form factor and will use the SATA 6Gbps interface.

The denser QLC NAND memory will inevitably mean lower endurance but this will be mitigated by the high capacity and clever trimming algorithms. The 1TB version is said to have a write endurance rating of 360TBW, while the 2TB and 4TB drives will have write endurance ratings of 720TBW and 1,440TBW respectively.

Previous Story
OnePlus teams up with McLaren, a special edition 6T could be announced soon
Next Story
Trump could place 10% tariff on phones and notebooks imported from China